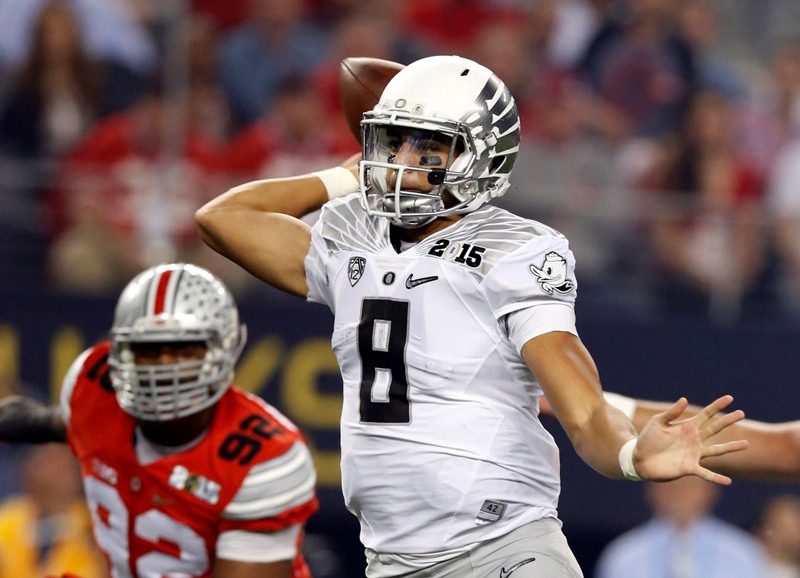 Jameis Winston, the projected number one pick for the 2015 National Football League (NFL) Draft, has signed an endorsement deal with Nike.

Winston, 21, was the starting quarterback for Florida State University and was awarded the Heisman Trophy as the most outstanding player in college football in the US in 2013.

Both quarterbacks are currently awaiting the NFL Draft, with Mariota also ranked among the top picks. This year’s Draft will take place in Chicago, beginning on 30th April.

Mariota, 21, from Honolulu, Hawaii, features in a Nike TV advert which confirmed the deal. He is represented by Excel Sports Management and recently picked California-based sports management agency Rep 1 Sports to negotiate his playing contracts following the 2015 Draft.

Nike has also signed fellow 2015 Draft entries Melvin Gordon and Amari Cooper, both runners-up for the 2014 Heisman Trophy, and Georgia running back Todd Gurley. Financial terms of the deals were not disclosed.