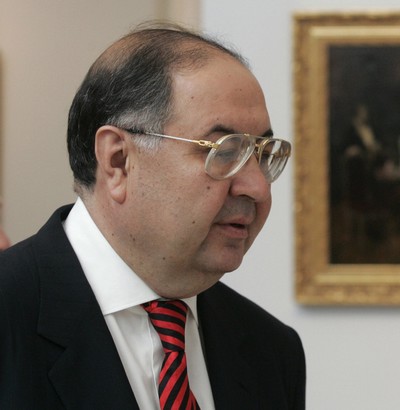 Scotland's Daily Record has revealed that the Uzbek-born Russian steel and mineral magnate's Red and White Holdings Ltd bought 16 shares at a total cost of UK£230,000 (US$361,268) from Rangers owner Craig Whyte, bringing a 102-year-old association between the two clubs to an end.
Red and White Holdings owns a 29.63 per cent stake in Arsenal, making Usmanov the biggest shareholder in the club after majority owner Stan Kroenke. With Kroenke and other senior figures at the north London outfit blocking Usmanov from the board, the Russian is understood to be seeking to increase his stake to 30 per cent. At that point, Premier League rules would dictate that he be made a director, with full access to Arsenal's accounts and details of any transaction made with a value of over UK£25,000 – including player wages and transfer fees.
The trade in the limited number of Arsenal shares not owned by Usmanov or Kroenke is driving up their value. Last week, an anonymous investor bought two Arsenal shares on the specialty London PLUS exchange at UK£16,000 and UK£16,500 apiece, a value some way above Usmanov's standing UK£14,000 offer and one which if extrapolated would give the club an overall value of over UK£1.1 billion. Further trades have since been made at UK£15,050, UK£15,000 and UK£15,750.
Earlier this month, Rangers were placed into administration after Her Majesty's Revenues and Customs (HMRC) sought payment of a colossal unpaid tax bill, thought to be as high as UK£49 million. Taxes of UK£9 million have gone unpaid since Whyte took over the club in May 2011. The Glasgow club appointed administrators Duff and Phelps on 14th February and accepted a 10-point penalty from the SPL, all but ending their hopes of adding to their world-record 54 domestic league titles.
Whyte is reported to have insisted on the proceeds from the sale of Rangers' shares in Arsenal to be lodged with his Pritchard Stockbrokers company, whose assets were frozen last Friday after the UK's Financial Services Authority deemed that it had used client money to cover its own costs. According to the Daily Record, Duff and Phelps expect to be able to recover money from the share sale as a result.
Rangers purchased two shares in what was then Woolwich Arsenal in 1910 when the Londoners were going through financial difficulties of their own. The Arsenal manager at the time, George Morell, was a former Rangers employee. 20 years later, in recognition of Rangers' earlier efforts, Arsenal made a gift of 14 more shares.