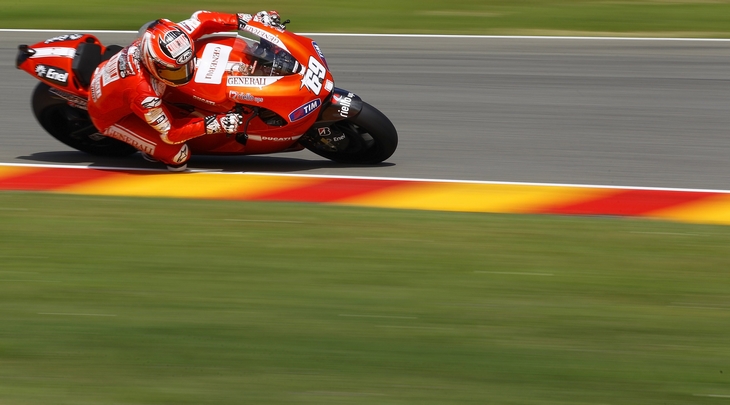 MotoGP will race in the US state of Texas for the first time from 2013, after the sport’s commercial management agreed a deal with the management of the new motorsport facility being built in Austin.

Dorna has agreed a ten-year deal with Full Throttle Promotions and a group called 3FourTexas MGP for the race, which will mean there will likely be three MotoGP events in the United States. Currently races are staged at Laguna Seca in Calfornia and at the Indianapolis Motor Speedway.

Full Throttle Promotions has previously agreed a deal to bring Formula One back to the USA. The first Formula One Grand Prix at the newly-christened Circuit of the Americas is scheduled for next year. The addition of MotoGP to the circuit’s annual calendar means that, for the first time, the same circuit in the USA will host the most prestigious international championships for cars and motorbikes.

Full Throttle’s managing partner Tavo Hellmund said of the MotoGP deal: “This is a fantastic opportunity for the state of Texas and this region. We are very proud of becoming the United States’ international facility for motorsports.”

Key to the deal – likely to be worth some US$4 million a year to Dorna if its other venue deals are a guide – was the support of 1993 motorcycling world champion Kevin Schwantz, a Texas native. “For me this is a dream come true,” Schwantz said. “I am such a believer in the sport and know how popular motorcycling is in Texas. I am sure that this will be a resounding success.”

Carmelo Ezpeleta, chief executive of Dorna, added: “It’s an honour to expand our championship to Texas, which has a rich history of producing world championship riders. We have had a wonderful and special relationship with Kevin for 20 years and often talked about a mutual dream of increasing the popularity of MotoGP in the US and raising our already successful worldwide profile. Now, with what Tavo Hellmund is doing in Austin, we have realised that situation and are looking forward to this new venture together. The ten-year agreement is a sign of our confidence and commitment to the future success of MotoGP racing in Austin.”

The construction of the privately-funded circuit on the outskirts of the circuit in Austin is said to be ‘progressing well and is scheduled for completion sometime in mid 2012’.