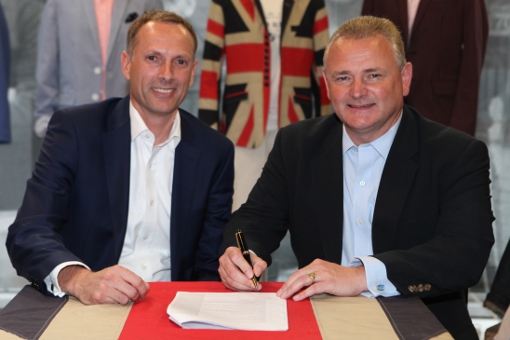 Sports equipment and apparel brand Rhino Rugby is to become the official ball supplier to the Super League, the Challenge Cup and all domestic rugby league competitions for the next three seasons.

According to an official press release, the Devon-based rugby brand will become the Super League match ball supplier from next season after agreeing a three-year deal with the Rugby Football League (RFL) and Super League Europe.

The agreement, financial terms of which were not released, sees Rhino take over from longstanding Super League ball supplier Steeden, who originally penned a deal with the Rugby Football League in 2004 for what was then the Tetley's Rugby Super League.

Tony Colquitt, Rhino's director in charge of rugby league operations, said: “We are absolutely delighted to have made this breakthrough and I am personally looking forward very much indeed to building the Rhino brand further in rugby league in the coming years.”

Rhino already boast an extensive portfolio of rugby league and union deals, including their role as official suppliers of training equipment to Super League outfit St Helens and as the official ball supplier to the British and Irish Lions tour to Australia next year.