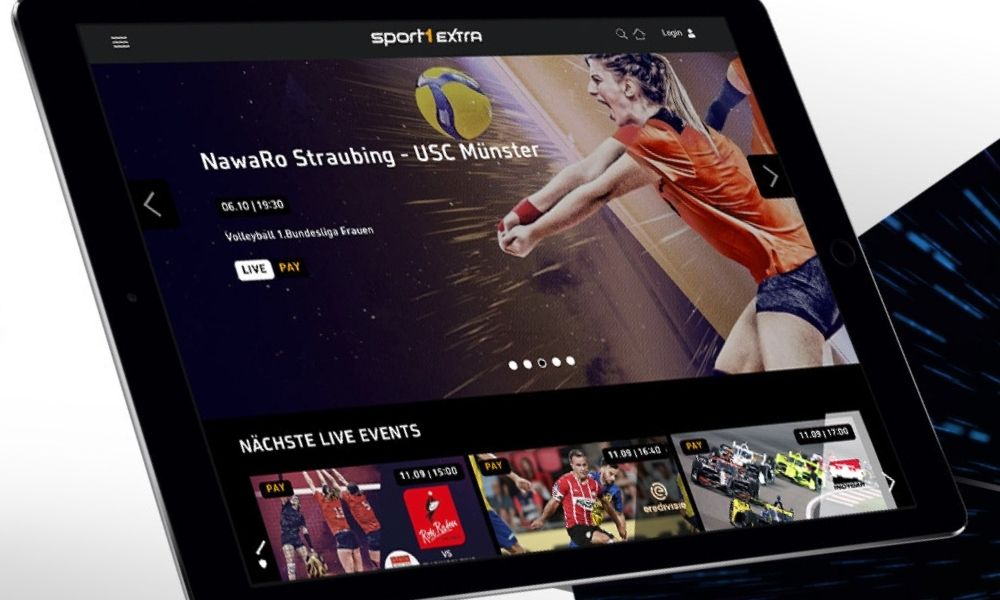 The new Sport1 Extra web and mobile platform will offer live and on-demand sports content from the network’s portfolio of broadcast rights. While the network has promised to rapidly expand what is available on Sport1 Extra in the coming months, its launch has been built around a broad domestic women’s volleyball offering.

All matches from both tiers of the Volleyball Bundesliga (VBL) women’s league will be aired exclusively live on Sport1 Extra, with consumers offered a subscription and pay-per-view (PPV) pricing options.

The VBL’s first two women’s matchdays will be broadcast completely free of charge on the platform to bring in new users.

Sport1 and the VBL agreed a broad rights deal in August that covers Germany, Austria and Switzerland until the 2025/26 season. The men’s Volleyball Bundesliga, DVV Cup and the Volleyball Supercup will also air on Sport1 Extra as a PPV or subscription option, as well as on the linear commercial network.

The new streaming service’s volleyball offering is bolstered by the men’s 2021 European Volleyball Championship, which runs until 19th September, as a PPV option.

Live content from the pay-TV Sport1+ network will also be offered individually via PPV on Sport1 Extra, including European and South American soccer, as well as European ice hockey’s Champions Hockey League (CHL). On the motorsport front, Nascar, IndyCar and FIM Speedway will also be available to paying users on the Sport1 streaming service.

Built on digital specialist Airtango’s streaming solution, Sport1’s aim with the new platform is to bring a range of sports, including products from external providers, into a central bundle in the future.