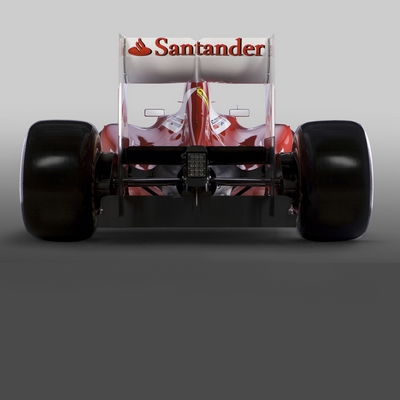 Ferrari has extended its sponsorship deal with Santander for a further three years. The announcement was made by Ferrari team principal Stefano Domencali at the launch of the team's challenger for the 2012 Formula One season in Italy on Friday.

Domenicali said the deal would now run until the end of 2017.

Santander has been a partner of Ferrari since 2010, announcing an initial five-year deal at the 2009 Italian Grand Prix. That deal was said to be worth up to US$40 million per year; the new agreement is likely to be along similar lines.

“This bank has something in common with us: the colour,” said Ferrari president Luca di Montezemolo, contributing to the online launch via videolink after snow in Italy forced Ferrari to cancel its public unveiling. “It has the same passion, key attention and focus on customers.”

“This collaboration in Formula 1 will further strengthen the ties that have linked for many years the Prancing Horse and OZ in the world of road-going cars,” Domenicali said.

Picture shows an official handout image from the Ferrari Press Office of the new Ferrari Formula One F2012 car.