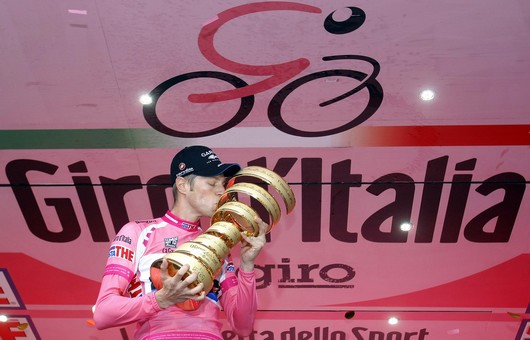 Broadcaster TV2 has acquired the rights to broadcast the next three editions of the Giro d'Italia road cycling race, according to reports from the country.

The news means TV2 will continue to broadcast all three Grand Tours in Denmark. It already has contracts in place for the Tour de France, until 2015, and Vuelta a España.

TV2 broadcast the Giro in 2012 when the race began with three stages in Denmark. Reports from the country at the end of last year, however, suggested that TV2 might be prepared to drop its coverage due to a combination of worse-than-expected ratings and economic factors.

In June last year, RCS Sport, the organiser and owner of the Giro, appointed IMG to distribute the worldwide rights to the event on an exclusive basis until 2020, replacing Italian media company RAI in the role.

This year's race is scheduled to begin on 4th May, the first Grand Tour of the 2013 season.