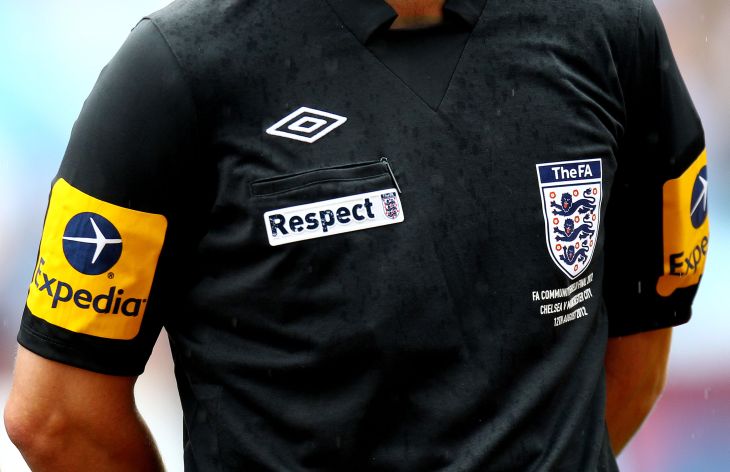 Next season, Expedia’s logo will replace that of Tune Group on the sleeves of all referees officiating games – at least 2,500 overall – in the Barclays Premier League, the npower Football League, The FA Cup with Budweiser, the Capital One Cup and other domestic, professional matches.

As well as branding on the shirts and training-wear of all professional match referees, assistant referees and fourth officials, Expedia will benefit from inclusion on all publicity material and on the PGMO and all governing body websites.

The deal kicked off yesterday with the season-opening Community Shield match between Premier League champions Manchester City and FA Cup winners Chelsea at Villa Park. Financial terms of the agreement were not disclosed.

Andrew Warner, senior marketing director of Expedia EMEA, said: “We’re proud to be the new sponsors of match officials. As the world’s largest online travel agent it seemed logical to associate with a sport that has a truly global audience. Travel represents one of the biggest online purchases an individual will make and this partnership celebrates the fact that, at its heart, Expedia supports good decision making.”

PGMO general manager Mike Riley added: “We are very pleased to welcome Expedia as PGMO’s new official sponsor, the support of partners significantly helps in the training and development of officials at all levels of the game. We have a world class team of decision makers in the Select Group, which is why there have been over 80 Fifa and Uefa international appointments for Select Group referees in the past year.”

“With the standard of officiating improving season on season, it’s a good time for Expedia to partner with us,” added Riley.