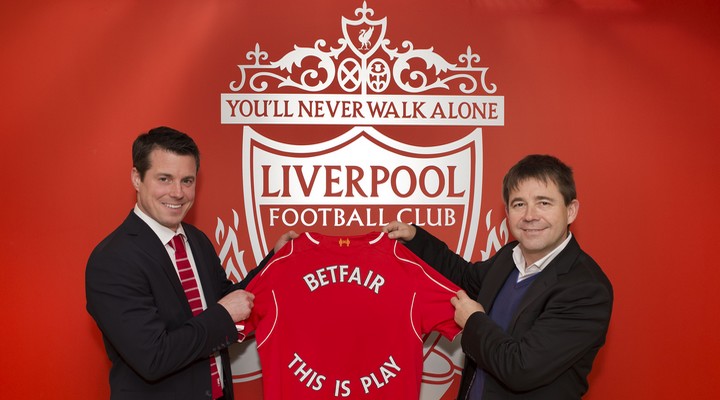 Though no financial details have been released, gaming sponsorships are some of the most lucrative, second-tier partnerships available to Premier League soccer clubs.

Betfair messaging will be integrated into social media platforms ahead of Liverpool games, and the company will have advertising in match day programmes and a placement on the Wi-Fi gateway.

“Everything about Liverpool Football Club is iconic,” said Betfair brand director Mark Ody. “The Kop, the passionate fans, the liverbird on the jersey, the entertaining football. It’s a great match as Betfair excites consumers with a supercharged betting experience, bringing fans closer to the action through our innovative products.”

“Regionalising partnerships means that we are able to work with brands, such as Betfair, in countries where they have the strongest presence and where our footprint can best match their brand objectives,” explained Liverpool's chief commercial officer, of a regionalisation process already reaping rewards at both Manchester United and Arsenal.

“Ultimately this means that we can deliver relevant and engaging programs in those regions.”

Liverpool currently sit 12th in the Premier League table after 12 games of the 2014/15 season.