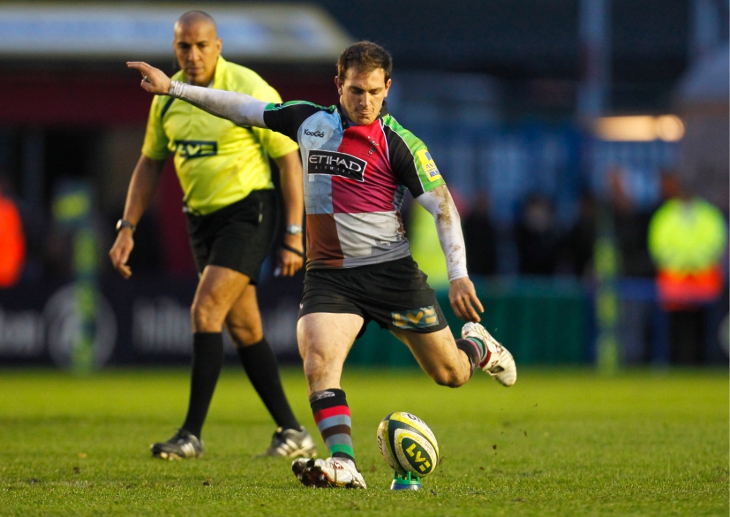 English Premiership rugby club Harlequins have unveiled a new kit deal with O’Neills Irish International Sports Co. The four year agreement will start at the beginning of the 2011/12 season in September and mark the first involvement in rugby union for the Irish firm.

The announcement follows what Harlequins’ interim chief executive David Morgan called “a very competitive tender process” and will see the end of Kooga’s deal to manufacture the team’s kit.

Morgan added: “Like Harlequins, O'Neills are an established yet ambitious brand and we are all greatly looking forward to working with people that share our vision whilst building on our existing relationship to ensure that the partnership is a successful one. They have a hugely successful track record in kit partnerships with sports clubs and I'm sure that players and supporters alike will be very happy with both the quality and style of the kit that they produce over the coming four seasons.”

O’Neills’ UK sales manager Susie Robertson said: “Initial meetings regarding the 2011/12 kit requirements have been extremely successful and the Club has been an absolute pleasure to work alongside.

“We look forward to supporting the club and their supporters wholeheartedly throughout the contractual term by providing innovative merchandise to a quality deserving of the Harlequins licensed logo.”