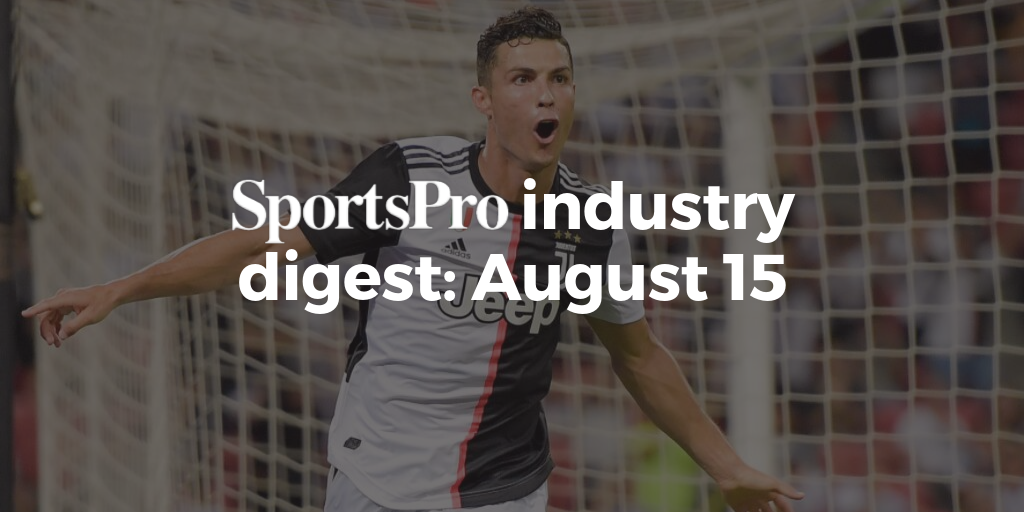 The Juventus forward will work with Shopee on a number of initiatives to engage consumers in Southeast Asia and Taiwan, including TV marketing and exclusive digital content.

Chris Feng, chief executive officer at Shopee, said: “We are delighted to announce our partnership with Cristiano Ronaldo. He is an inspiration to many, and his dedication to football matches the deep commitment we have towards our users.”

Also in the Premier League, Brighton and Hove Albion have renewed their official workwear partnership with SnickersUK.com for the 2019/20 season.

Staying with soccer, menswear retailer Charles Tyrwhitt will be the official formalwear partner for English second-tier soccer club Fulham for the 2019/20 season.

UK law firm Shoosmiths has partnered with the Scottish Football Association (FA). As part of the four-year deal with the national soccer governing body, Shoosmiths will help in the development of girls’ and women’s football in the country, including supporting the recruitment of 200 female coaches and 20 new female referees.

Top-tier Australian soccer side Melbourne Victory have extended their deal with TCL for the 2019/20 season. The electronics company, a partner of the club since 2016, will once again feature on their playing shorts.

Spanish second-tier soccer club Malaga and Caixa Bank have renewed their partnership through to 2022. The two first joined forces in 2012.

Gateway Casinos will be the official national land-based casino partner of the National Football League (NFL) in Canada. It has also been named as the exclusive sponsor of the popular NFL Fantasy App.

Hotstar, the Indian over-the-top (OTT) platform has withdrawn as onground sponsor of the Indian Premier League after exercising a reported break clause. The decision will not affect the service’s digital streaming rights it has for the annual cricket tournament.

The Spanish Basketball Federation (FEB) has agreed a one-year partnership with Korean car manufacturer Kia. The deal, which expires next summer, makes the brand the official vehicle of both the FEB and the Spanish national team.

English top-flight rugby union outfit Leicester Tigers have extended their partnership with STIHL for an additional three years. The power tool manufacturer will continue to lend its branding to the sleeve patch on the team’s home and alternate shirts, while also supplying the club’s grounds team with tools, equipment and protective workwear.

Temporary structure company Mar-Key Group has been announced as an official supplier to the 2019 UCI Road World Championships. The company will now supply all temporary structures at the cycling event in Yorkshire next month.

Gatorade has signed on as the official sports drink of the Premier Lacrosse League through the 2020 season.

Land Rover will return for a second year as the official automotive partner of Cowes Week, the Isle of Wight sailing event.

The US Open tennis tournament has launching an official account on the Chinese short-form video platform Douyin, which currently boasts more than 500 million daily active users in the country.

Gfinity Esports Australia has confirmed it will cease its operations in the country, including the Gfinity Elite Series, by the end of November. Instead, the company will focus on growing its presence in the US – the fastest growing esports market in the western hemisphere.

US-based agency CAA Sports and Polaris Sports, the sports marketing management company, have extended their global partnership. The two originally partnered in 2008 and have since  jointly represented the commercial rights for some of the world’s top soccer players and managers, including Cristiano Ronaldo, Jose Mourinho and Dele Alli.

The Euro T20 Slam has been postponed until 2020. The cricket tournament was due to begin at the end of August in Amsterdam but organisers have said they need the “necessary breathing space” to launch the competition.