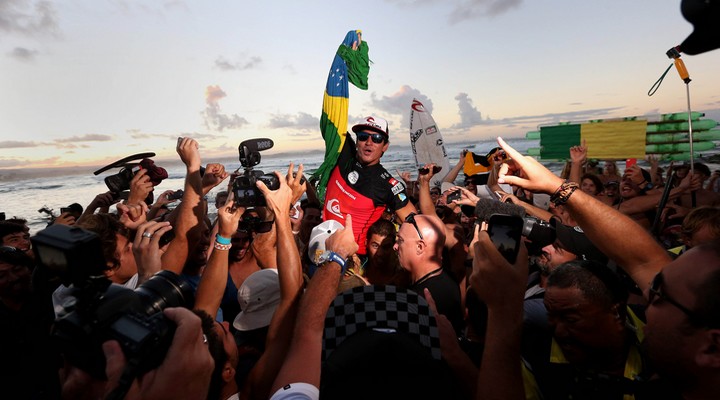 The 21-year-old will continue to serve as the face of the brand in his native Brazil and globally for the next two years, after extending his contract with its parent company Bayer at an event in São Paulo on Wednesday.

As part of the new deal Coppertone’s logo will now appear on Medina’s board, starting with the upcoming Oi Rio Pro World Surf League (WSL) Championship Tour event next month. Medina will also promote the brand in ad campaigns and on social media.

Coppertone first partnered with Medina in June of last year, at a time when he was on his way to becoming Brazil's first world surfing champion.