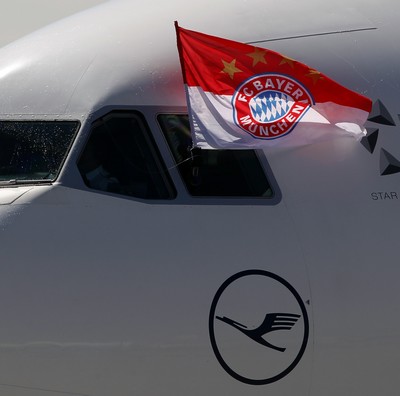 The new deal extends a nine-year partnership by at least another five years. Lufthansa continues as the official carrier and a premium partner of the Bundesliga club, who currently lead Germany’s top flight by some 15 points.

As part of its commitment, Lufthansa will fly the Bayern team to and from many of their domestic and European matches. In return the airline will receive branding at Bayern’s Aliianz Arena and on the club’s website, and the opportunity to use players and team staff for promotional purposes.

Lufthansa is a premium partner of Bayern alongside Audi, Coca-Cola, HypoVereinsbank, Imtech, Paulaner, Samsung, Yingli Solar and Bwin. Financial terms of its latest renewal were not disclosed.

Bayern take on Premier League Arsenal next week in the first leg of their last 16 Uefa Champions League clash.