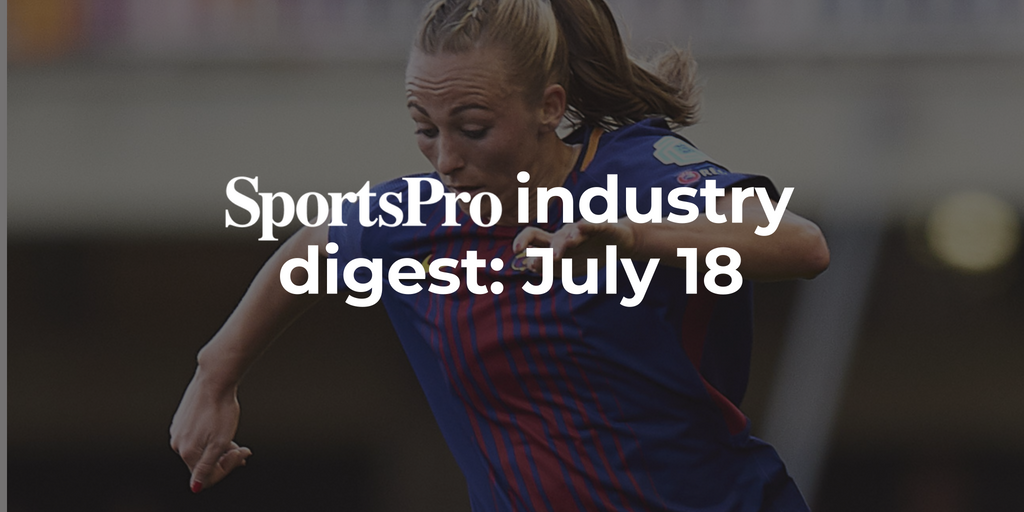 From 24th July to 29th July, Barça Femení will be in Beaverton, Oregon and Los Angeles, California with the men, who will be staying on until 4th August, the first time that the men and women have toured abroad together.

The squads will start at the home of the Nike head offices in Beaverton, where they will train and appear together in various activations.

Fran Sánchez’s will then head down to Los Angeles to continue training, and attending different events together with the men’s team, before a friendly at UCLA’s Drake Stadium against SoCal FC of the second-tier Women’s Premier Soccer League.

Isuzu, the Japanese automotive manufacturer, has been named as the title sponsor for this year's Ironman 70.3 World Championship triathlon event.

RMP-MKTG, the Spanish experiential sponsorship agency, will manage promotion and commercialisation of the Cuban marathon, the Marabana, in Havana.

The World Boxing Super Series has partnered with global channel and content provider Friend MTS with the aim of battling piracy during this weekend's cruiserweight final between
Oleksandr Usyk and Murat Gassiev.

Retail company Spar International has been unveiled as an official partner of this year's inaugural edition of the European Championships multi-sport event, which is being co-hosted by Glasgow and Berlin.

USA Rugby has named OPRO as the official mouthguard partner of all US national teams.

Jetski race series Powerboat P1 and Jet Pilot have renewed their partnership for the 2018 powerboat and jet ski racing season.

The National Collegiate Athletic Association's (NCAA) East Coast Conference (ECC), along with the Peach Belt Conference (PBC), will introduce the League of Legends video game as a sport for from 2019.

Amazon and TF1 have teamed up to produce a documentary on the World Cup-winning French national soccer team.

The NCAA has announced Houston, Pheonix, San Antonio, and Indianapolis as the hosts of the 2023 to 2026 editions of the men's basketball Final Four.

The World Anti-Doping Agency (WADA) has partnered with the International Centre for Sport Security (ICSS) to strengthen intellegence and investigation into doping and match-fixing.

Charger of the Day

USL president Jake Edwards voiced his excitment over the partnership and his league's new ability “to provide secure and reliable charging solutions and a more enjoyable expereince for our clubs and their fans at the league's venues across North America.”

David Walke, goCharge's chief executive, also commented on the practicality of the deal, with how frequently fans use their phones and tablets to stay connected while enjoying a sporting event or concert.

Barcelona women's team to play in pre-season US tour.