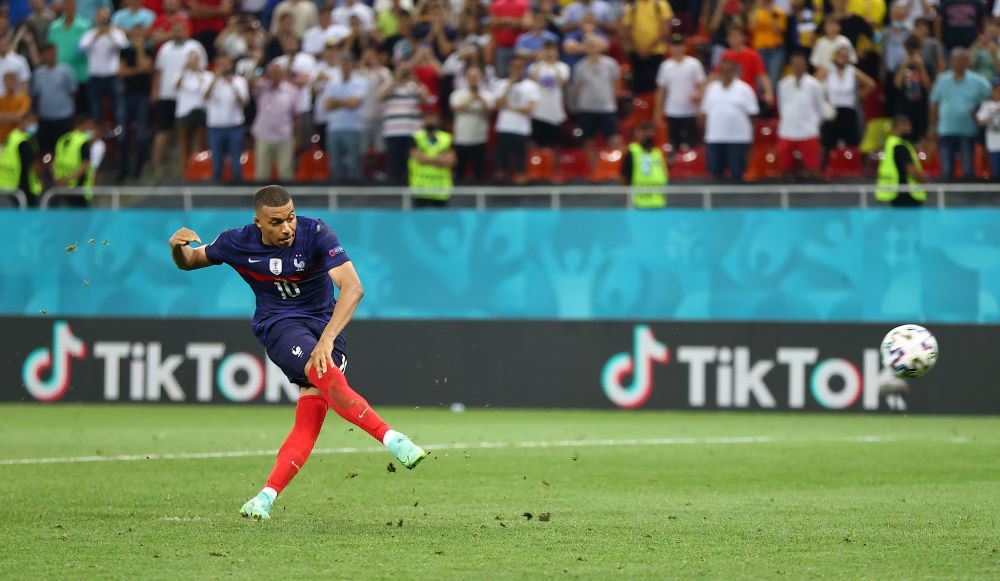 At the end of June Ed Sheeran debuted his new single in front of an empty Portman Road, the home of his boyhood club Ipswich Town. The stands might not have been filled with fans, but some 5.5 million people streamed the show via the British singer’s TikTok channel, shattering the record for the most-watched live music performance on the nascent video-sharing platform.

That concert was just one of several quirky activations TikTok has been carrying out as part of its sponsorship of the Uefa 2020 European Championship, which has marked the first time the company has partnered with a major sporting event of such scale. Alongside Vivo and Qatar Airways, TikTok was one of three official Euro 2020 sponsors announced by European soccer’s governing body in the void between the postponement of the tournament and the first match of the competition, on the back of a year when more people had flocked to the ByteDance-owned platform for entertainment during lockdown.

We really had to sprint to get this one out of the door, and it’s been a wild ride and a lot of fun.

James Rothwell, who is TikTok’s head of marketing for Europe, the Middle East and Africa (EMEA), says the delay of the tournament – coupled with it being one of the first major international sporting events to take place with fans in the wake of the pandemic – presented “a window of opportunity” for the company.

“I would describe it as a situation where the stars aligned,” Rothwell tells SportsPro. “We talk all the time in our marketing group about moving at the speed of culture, and I would say that this sponsorship has definitely put that to the test. We really had to sprint to get this one out of the door, and it’s been a wild ride and a lot of fun.

“Realistically, the tournament being pushed back by a year opened the door for us to come on board as a sponsor. It’s easy to forget that TikTok has only really existed in Europe for just over two years, and the last 18 months in particular has been a really meteoric rise. So I think if we had been in the pack of sponsors talking to Uefa in 2018, 2019, we simply wouldn’t have reached the scale – or perhaps even the stature – as a brand to work on a sponsorship of this magnitude.

“Our goal is to become the most relatable brand on the internet. And as we’ve grown, as we’ve started engaging with more audiences, and as we’ve really committed to Europe as a region, it became very evident that to play the role in culture that we want to play, we have to show up in football.”

Warming up for the TikTok UEFA EURO 2020 Show. Catch it at 9pm BST x ##EdTikTokLIVE

‘From trend to TV in four days’

Following initial conversations between TikTok and Uefa in September last year, the deal was only made public on 11th February, precisely four months before the first game of the tournament was due to kick off in Rome. Some sponsors will spend years plotting their activities for an event as far-reaching as Euro 2020, but TikTok didn’t afford itself an awful lot of time.

Rothwell says that the company essentially had six months to map out its campaign, its content activations and its broader relationship with soccer, but notes that working at speed is something TikTok’s marketing team is accustomed to given that the platform is all about keeping pace with the biggest trends on the internet.

“We have to move at that speed as an organisation,” he adds. “Our product is culture, it’s zeitgeist, community. It’s very difficult for us to anticipate what someone will want from TikTok in 18 months, so we have to be nimble and agile as a team.

Realistically, the tournament being pushed back by a year opened the door for us to come on board as a sponsor.

“If you can think back to January, February time when we launched our sea shanty campaign, we identified that trend on a Tuesday, and the TV campaign launched on primetime TV on a Saturday night. So we’re a marketing team that can go from trend to TV in four days, which is almost impossible, but we have a real confidence in our visual identity, our tone of voice, the way that we like to place content and creators at the heart of our brand and communications.

“We have a playbook that works well for us, so we were always confident about the way that we could execute the creative, the brands, the media components of the sponsorship.”

TikTok has received the usual branding inventory that comes with a traditional sponsorship package, with its logo providing the backdrop to a number of the tournament’s memorable moments, including Switzerland goalkeeper Yann Sommer flying through the air to stop Kylian Mbappe’s penalty and send home favourites France in the first knockout round. Rothwell points out that the deal has also given the company access to “some of the most iconic moments” in the history of the Euros, which he describes as “a real privilege” to incorporate into the company’s brand advertising.

But where TikTok has been able to add real value as a sponsor is by contributing to the broader entertainment landscape around the tournament, which sets it apart from the other companies involved in the event. It has not been uncommon in recent years to see platforms like Snapchat and Twitter strike content partnerships with major events such as the Olympic Games, but Rothwell says TikTok was keen to go a step further as an official sponsor in order to “make a very visible commitment” to soccer and “announce our arrival” to fans across Europe.

That commitment already appears to be bearing fruit. Speaking to SportsPro at the start of the third week of the tournament, Rothwell reveals that views of #football on TikTok have nearly doubled from 70 billion to 130 billion since the company’s sponsorship of Euro 2020 was announced. That is testament both to the visibility that being a sponsor of Uefa’s flagship national team competition affords, but also how TikTok has been engaging with soccer fans during the event.

‘We wanted to do this soup to nuts’

In addition to running TikTok Lives and Sounds, such as Sheeran’s aforementioned performance, augmented reality (AR) effects and hashtag challenges were among the features launched by the company for its sponsorship of Euro 2020, including one contest that dared users to recreate the World in Motion rap famously performed by England’s John Barnes ahead of the 1990 Fifa World Cup.

Rothwell says the way the soccer community has embraced all of those things has been “a very pleasant surprise”.

“We’re looking to identify the impact of this campaign across all corners of our business,” he adds. “The marquee livestreams that we’ve had so far have been really special. We invested very early on in giving fans the tools to express themselves in and around the tournament,  whether that’s being able to turn anything into a football, to keepy uppies with an AR feature, to allowing fans to do their own trophy tour with an AR feature, to having a football hub within the product where you can not just follow scores and news and team updates, but also millions and millions of TikToks.

Think you can do better than John Barnes? We want to hear your rap using ##WorldInMotion ⚽️ ##Euros2021 ##NewOrder

“We really wanted to do this soup to nuts, so from product, to content, to brands, we’ve tried to show up everywhere that we can. We’re monitoring the overall consumption and engagement of football content on TikTok, but we’ve also been blown away by our creation rates, new consumers coming to the platform, the way that our brand has permeated social conversation – not just within our user base, but more broadly.

“I think TikTok has really become unmissable as a brand during the Euros, and I think our share of voice during such an important moment for the region has been great.”

It is also not lost on Rothwell that this summer is likely to have exposed TikTok to a wider audience, just as it has Uefa, whose official Euro 2020 account on the platform has 4.5 million followers at the time of writing.

TikTok, though, has long been thought of as a place where Generation Z hangs out, where short 15-second videos don’t really resonate with individuals above a certain age. Over the last year, however, that perception has started to change.

Our goal is to become the most relatable brand on the internet. And as we’ve grown, it became very evident that we have to show up in football.

The pandemic appeared to shift the conversation around TikTok – the most downloaded app in 2020 – as even dancing dads appeared in videos on the platform, which was suddenly being embraced by creators of all ages. TikTok is also no longer only about short-form content, with its livestreams serving as evidence that the company is keen to diversify the formats that it makes available.

It seems that Euro 2020 has simply been the next step in putting TikTok in front of even more people.

“I do,” says Rothwell, when asked whether he thinks Euro 2020 might have introduced TikTok to a new demographic. “We’ve been on an amazing journey over the last year. If you think about some of the greatest trends that have broken out on TikTok – from sea shanties, to baking, to cranberry juice, to families coming together to dance to [The Weeknd song] Blinding Lights – these trends cut through demographics, they cut through audiences, they bring people together.

“As I said, our goal is to become the most relatable brand on the internet, which means we need to be for everyone and appeal to all taste profiles, and all passions and interests. Of course, I think the Euros allows us to speak to multiple audiences, but really it’s a commitment to football, which is such an important cultural aspect of Europe, and our ability to celebrate with the region when we’ve got a lot to be hopeful for.” 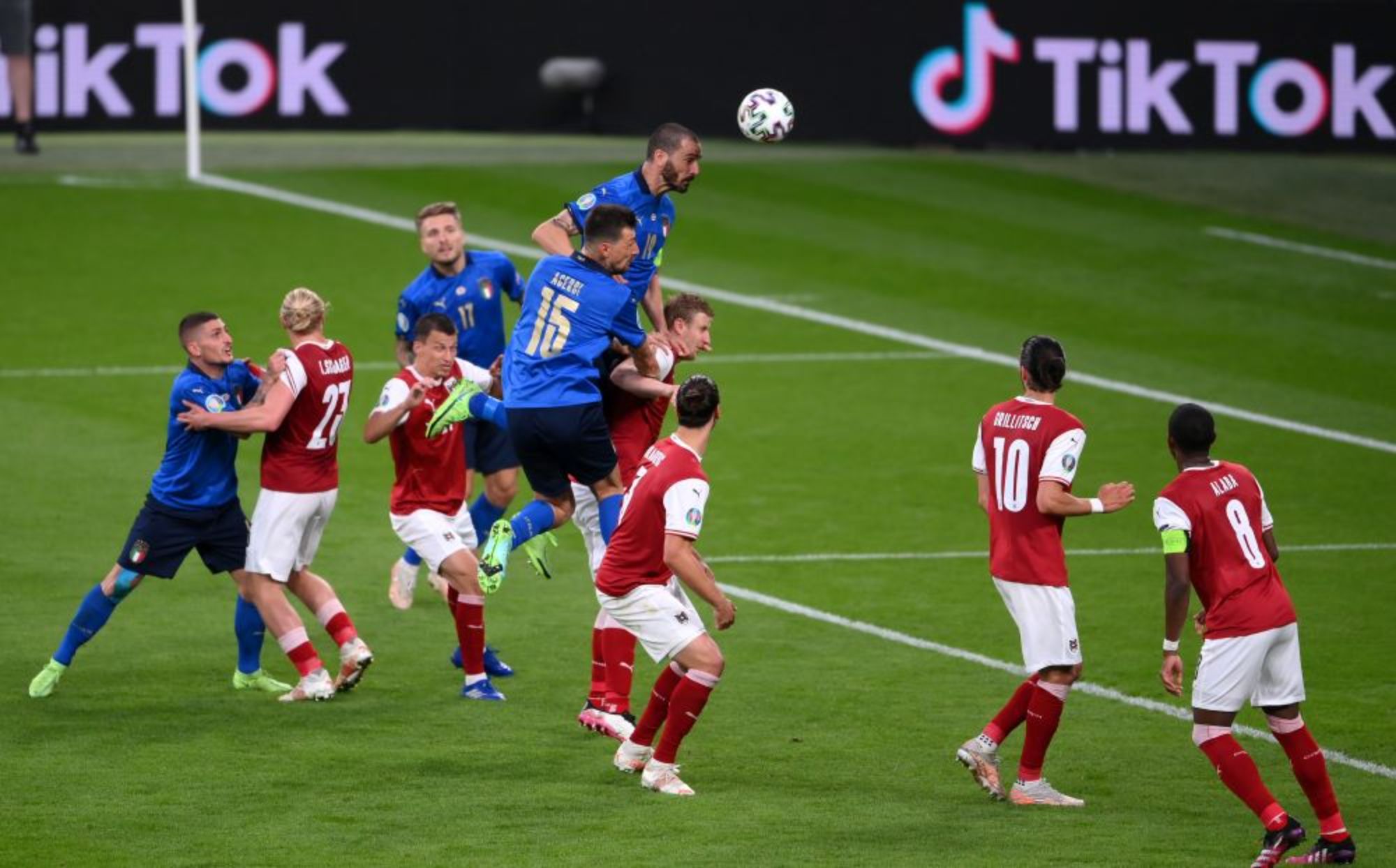 ‘This is not a one and done’

Indeed, Rothwell is keen to stress throughout that TikTok’s sponsorship of Euro 2020 is just the start of the brand’s efforts to have a regular presence in soccer. In the last week or so alone, the company has become the main shirt sponsor of lower-tier Welsh club Wrexham – whose owners are Hollywood stars Ryan Reynolds and Rob McElhenney – and agreed a livestreaming deal with Burnley FC Women.

Both of those deals indicate that TikTok won’t be shy of doing things differently if it means continuing to generate conversation around the sport.

“This is not a one and done,” Rothwell says of TikTok’s partnership with Uefa. “I think there are multiple ways that we can continue to invest in the sport and show up for football fans. Some will be iconic, big moments like the Euros, and some will be grassroots and a very, very TikTok approach to driving a creative conversation around the sport.

“But when the tournament ends on 11th July, football will still be a major focus for us, and we’re really excited about what we’re going to be able to do over the next couple of years.”

TikTok’s head of marketing for the EMEA region tells SportsPro how fans have been engaging with the platform during Uefa Euro 2020, and outlines why the company’s ambitions in soccer extend beyond this summer’s national team tournament.