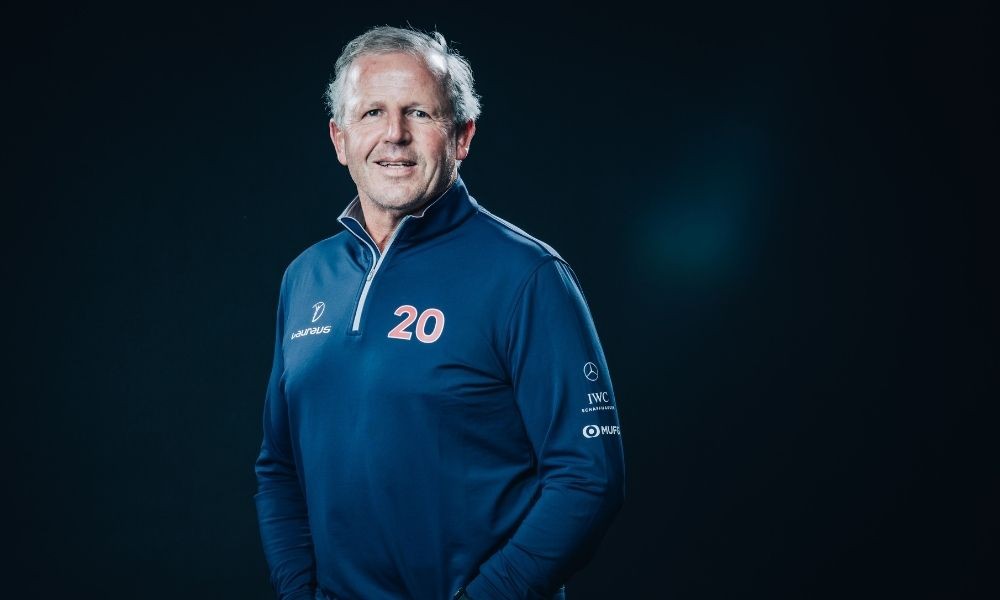 21 years later, those words continue to inform the philosophy behind Laureus’ mission and arguably ring truer than ever.

Indeed, throughout this year’s edition of the world’s 50 Most Marketable Athletes list there is a prevailing theme of individuals who represent greater causes beyond sport, with those who use their platforms, voice and global reach in order to advocate for change featuring prominently in the ranking. In 2021, when an increasing number of sportsmen and women are backing social justice causes and advocating for issues which transcend the sporting world, an athlete’s purpose and marketability are inextricably linked.

What’s clear is that the archetypal athlete’s purpose has evolved from simply being a talented or successful competitor on the field. In today’s world, the most marketable athletes are those who make themselves heard both through their own platforms and partnerships with like-minded brands.

Laureus, the global sports movement with charity at its centre, acknowledges the work of athletes within their communities and broader society though the annual Laureus World Sports Awards. Looking back at some of the recent winners, Sean Fitzpatrick, chairman of the Laureus World Sports Academy and former captain of the New Zealand rugby union national team, explains to SportsPro why those athletes were worthy of extra recognition. 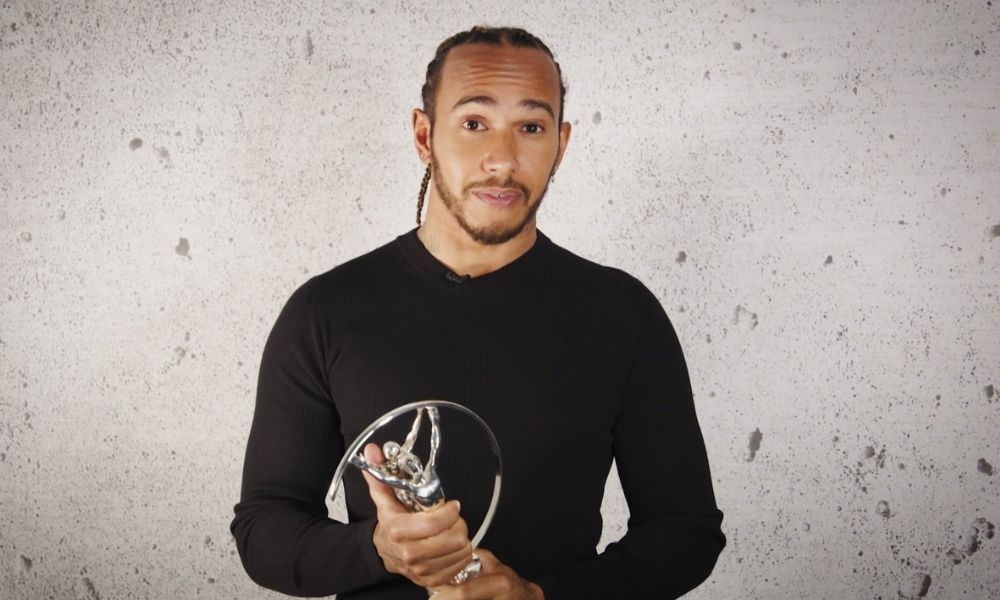 “Athletes like Simone Biles, Naomi Osaka and Lewis Hamilton are all at the top of their sports, but they also have a voice in wider society on issues outside of sport,” he says. “When Laureus presents awards to athletes and teams each year, sporting excellence is top of our minds, but how an athlete uses their platform and success is an element very much a consideration at the same time.”

In the case of Lewis Hamilton, who won the inaugural Athlete Advocate of the Year Award in 2021 after clinching the Laureus Sportsman of the Year prize in 2020, the Formula One racing driver has used his platform to promote sustainability and to champion a more inclusive society. While achieving historic success on the track over the last year, surpassing Michael Schumacher’s record of 91 victories and claiming his seventh Formula One title in the process, Hamilton’s support for environmental sustainability and social justice initiatives such as the Black Lives Matter (BLM) movement has resonated with a wider audience.

It’s been 6 months since Breonna Taylor was murdered by policemen, in her own home. Still no justice has been served. We won’t stay silent. #JusticeForBreonnaTaylor pic.twitter.com/7zinVHiYcH

Crucially, Hamilton has shown his support for environmental causes not just with words, but also with action, by partnering with brands that share his values. The Briton, who ranked 16th on this year’s Most Marketable Athletes list, has collaborated with fashion label Tommy Hilfiger to launch his own sustainable clothing range, and more recently worked with sports brand Champion on producing eco-friendly and recyclable fabrics. The reigning world champion is also vegan, and has invested in plant-based fast food restaurant chain Neat Burger.

Hamilton, who in 2008 became the first black man to win a Formula One drivers’ world championship, was also one of the most prominent supporters in sport of the BLM movement in 2020, when he encouraged his fellow drivers to take the knee in solidarity before races. He has regularly spoken out on racial injustice, and has worn clothing displaying anti-discriminatory messages. 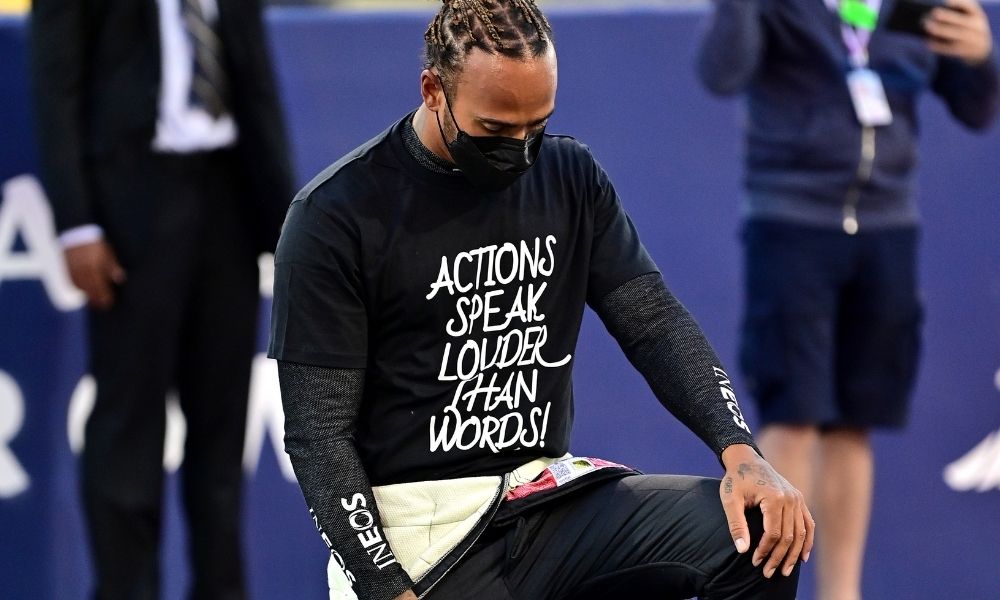 Hamilton hasn’t stopped there. In June 2020, the seven-time world champion founded The Hamilton Commission in partnership with the Royal Academy of Engineering. The initiative aims to address the lack of diversity in engineering and motorsport, and increase the representation of ethnic minorities within these sectors.

“He truly is a champion on and off the track,” Fitzpatrick says of Hamilton. “At this year’s Laureus World Sports Awards, the Laureus Academy recognised Lewis’ fight against racism with the inaugural Laureus Athlete Advocate Award. After winning a record-equalling seventh world championship, Lewis spoke about his ultimate purpose and his fight for equality in his sport and in society.”

Meanwhile, Japanese tennis star Naomi Osaka, who ranks second on SportsPro’s 2021 Most Marketable Athletes list, was crowned Laureus Sportswoman of the Year on the back of her on-court success and her commitment to social justice over the last 12 months. At the 2020 US Open Grand Slam, Osaka famously wore seven different face masks – one for every round of the competition – each printed with the names of victims of police brutality. Not only would the 23-year-old go on to win the tournament, but she also used her platform throughout the event to promote BLM and call for a more equal society. 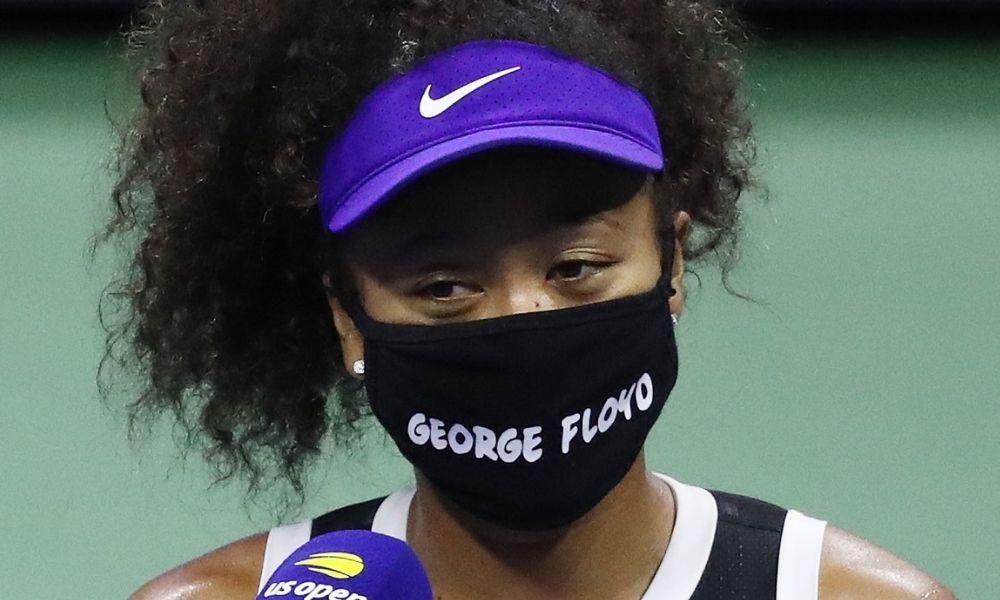 In 2021, Osaka has continued to lead from the front by normalising discussions about what might previously have been considered a taboo subject. Osaka opted to withdraw from the French Open back in May, citing her mental health as the reason behind her decision. By opening up about her own struggles, Osaka has ignited new conversations about athlete wellbeing, the pressures of competing at the highest level, and the challenges of being a global figure in the age of social media. The four-time major champion has received plaudits from across the globe for her willingness to address topics which sports stars of previous generations would not dare broach, laying the foundations for more athletes to publicly discuss their mental health issues.

To that end, it is no coincidence that the athletes who rank first and second on this year’s Most Marketable Athletes list are both women who in the last year have spoken out about mental health.

American gymnast Simone Biles, who this year has been named the world’s most marketable athlete, made headlines at Tokyo 2020 when she revealed that she had been suffering from anxiety during the Games, prompting her to step back from the all-around gymnastics final on 27th July. As one of the most decorated gymnasts of all time, with four Olympic gold medals to her name, Biles’ decision set a new precedent for athletes, proving that even the world’s most successful competitors are not immune to mental health issues. She went on to further demonstrate her resilience when she claimed a bronze medal in the balance beam after returning to competition on 3rd August.

“Simone Biles and Naomi Osaka being open and honest and breaking down the stigma about the challenges they are facing should be celebrated. The positive impact their words and actions will have among the sporting community is clear, but they’ll also have helped fans and the wider society.”

More athletes from around the world are following suit. In July, for example, England cricketer Ben Stokes announced that he would be taking an indefinite break from the game in order to focus on his mental health, following in the footsteps of both Osaka and Biles. With athletes now feeling comfortable speaking publicly about such issues, Fitzpatrick is optimistic that this sea change will lead to more purposeful partnerships between sportspeople and brands.

“The days of the most influential athletes lending their name to brands or products and stepping back seem to be behind us,” he says. “Athletes and brands are collaborating, engaging in purpose-led partnerships and more often than not the athletes are rolling their sleeves up and having direct input into those partnerships. Purpose, advocacy and philanthropy is becoming more and more important for sportspeople and long may that continue.”

Indeed, the nature of athlete marketability has changed significantly in the 12 years since SportsPro first launched its 50 Most Marketable Athletes list. Fitzpatrick believes that one of the most significant changes in that time has been the emergence of social media.

“Over the past decade, with the rise in social media, athletes have become more accessible than ever,” he adds. “More and more, fans and followers are given a window into the human element of athletes, their passion away from the field of play, but most of all their purpose. In 2021, the most marketable athletes are those who have that social following but use their voice and platform to speak out on issues or topics that matter to them.”

Not so long ago, the idea of an athlete getting involved in issues outside of their sport was met with vociferous opposition. Just five years ago, in 2016, when Colin Kaepernick first sat down – before later opting to take the knee – during the US national anthem before a National Football League (NFL) preseason game, his protest sparked outrage from fans across the league. When he later revealed that the reason was to protest against police brutality and to push for a more inclusive society, many challenged the then-San Francisco 49ers quarterback on his right ‘as a football player’ to express his social or political views.

After becoming a free agent the following offseason, Kaepernick was never signed by another NFL team, with some onlookers suggesting he was blackballed by the league due to his decision to take the knee. However, Fitzpatrick believes that Kaepernick’s actions blazed a trail for athletes to make themselves heard.

“Starting to tackle an issue like this is never easy and even less so when the way you highlight it is something so special to so many people – like a national anthem,” Fitzpatrick considers. “I think Kaepernick set the ball rolling – because we all talked, and are still talking, about that protest, and the athletes who have followed him have learned, observed and adapted to make their points in ways which weren’t available at that time. We have to discuss, to understand – sure, even argue – but we have to find ways forward together. And, at all times, we have to show each other respect.”

He adds: “I think society has come around to the fact that there’s more to athletes than what they can do on the field, court and track. At Laureus, we’re proud to be working with 70 academy members and more than 200 ambassadors around the world who are all passionate about using sport for the greater good. Rather than sticking to their own sports, we are working together to ensure that when young people use sport to overcome violence, discrimination and disadvantage, everyone wins.” 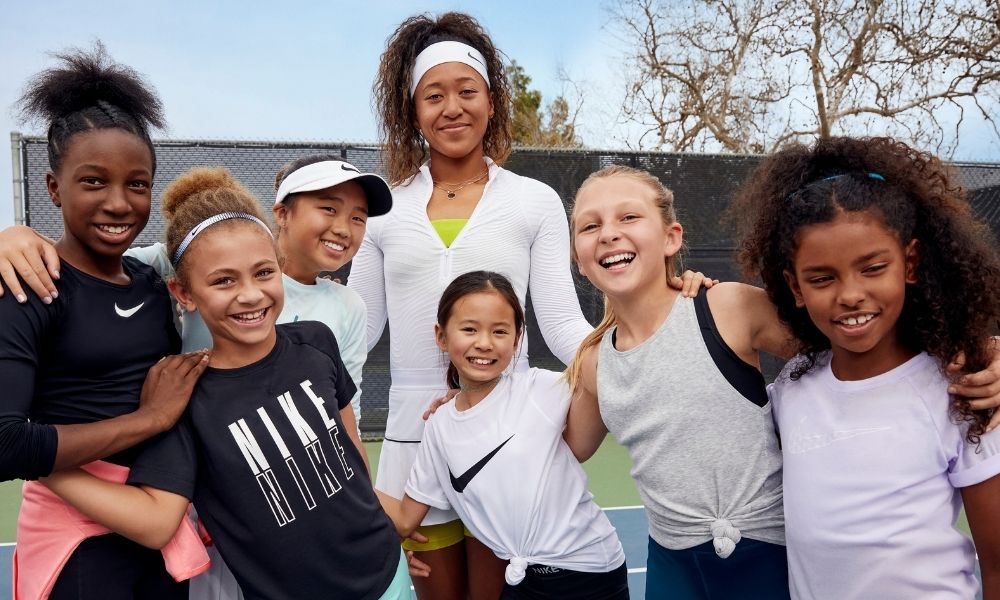 Laureus is currently working with Osaka on community schemes, including an academy project with Nike

Laureus still leads with Mandela’s message: to use sport as a means of changing the world. Following the unprecedented impact caused by the Covid-19 pandemic, the organisation is focusing on new programmes to help disadvantaged communities around the world recover. The behaviour and marketability of sportspeople is evolving, but Laureus has always encouraged its partner athletes to use their voices – and will continue to do so moving forward.

“Sport can be about so much more than what happens between those four lines,” Fitzpatrick says. “It offers hope, inspiration, and a path to a better life for young people in disadvantaged communities around the world. Sport has given me so much in life and I’ll remember visiting the community sports programmes Laureus supports forever.

“My message to any athlete would be to find a cause you’re passionate about, roll up your sleeves and get involved. The rewards are endless.”