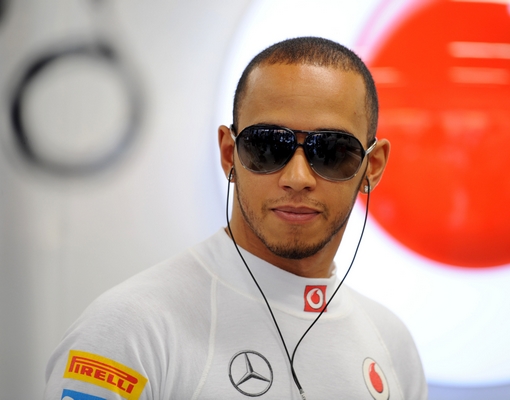 Lewis Hamilton's switch from McLaren to Mercedes is the highest profile Formula One driver change since, funnily enough, Michael Schumacher was tempted out of retirement at the start of 2010 to join the Mercedes team.

The announcement, confirmed on Friday after being initially reported by the BBC's Eddie Jordan three weeks ago, then again on Thursday evening by Tom Cary of the Daily Telegraph, set in motion a chain of commercial moves that will give Formula One its biggest shake-up in years.

For Hamilton and his management agency, Simon Fuller's XIX, it was a relatively straightforward case of weighing up whether Hamilton should stay at a team he joined 14 years ago and became a world champion with or seek a new, altogether more risky, sporting challenge at Mercedes, a team that has won a race this season but languishes only fifth in the world championship.

Hamilton had an emotional attachment to McLaren, even if his relationship with the team has been strained at times in the last 18 months. In purely sporting terms however – and Hamilton is on record as saying winning is what matters most – there is clearly a belief that Mercedes are a better long-term bet; that Mercedes builds and develops its own engines while McLaren will have to pay Mercedes some €8 million annually from next year to get a customer supply is significant, especially in light of the major changes to engine regulations in Formula One at the end of next year.

Commercially, though, Hamilton now has the opportunity to not only earn more money – US$100 million was suggested by the Daily Telegraph – but also become the global face of one of the world's largest car manufacturers. Mercedes' tentacles stretch into every key market and Hamilton will also have more wiggle-room for his own personal commercial deals.

McLaren are notoriously restrictive in what they will allow a driver to do in terms of personal deals; although those historic principles were relaxed to allow Hamilton to sign contracts with the likes of Reebok and Bombardier, it appears McLaren was not willing to move any further on the issue.

The assumption, though, that Hamilton will have total commercial freedom at Mercedes is surely wrong.

How existing clashes such as Hamilton's Reebok deal and Mercedes' major agreement with Puma are resolved remains to be seen but Mercedes has a growing range of major partners who will all expect a slice of the team’s new star driver.

For Mercedes, quite simply, Hamilton is a driver of the global appeal and skill to a) win them world championships and b) replace a commercial machine of the calibre of Michael Schumacher.

Schumacher's Formula One comeback with Mercedes in 2010 was huge news for the sport and a massive commercial boost for the manufacturer.

And despite the disappointing form in his second career Schumacher is still box-office around the world and a hero in Germany; the Mercedes thinking goes that many of the hoardes of Germans who flocked to watch him race at Hockenheim 20 years ago are now at an age where they will be looking to buy a car in the Mercedes price-range.

That value will be hard to replace but in Hamilton the Mercedes board in Stuttgart have a man who, potentially, could help reduce the age of the average Mercedes buyer – even if, from the outside, the combination of Hamilton, his pop star girlfriend and his occasional celebrity entourage and the sleek brand values of Mercedes might seem jarring.

Hamilton's move affects other parts of Formula One's financial ecosystem, too. Sergio Perez, the talented Mexican, will be his replacement at McLaren, a move which could ultimately pave the way for his long-time backers Telmex to replace Vodafone as the team's title sponsor. Rumours have suggested for some time that Vodafone may be looking for an exit route from its successful but expensive Formula One sponsorship. Hamilton's departure may have given it just that.

Any switch of Mexican money from Perez's old team to his new one, however, could spell trouble for the Sauber team. The Swiss outfit, a privateer entry since BMW's withdrawal at the end of 1999, have come to rely on Telmex and other Mexican sponsors attracted to the team by Perez for the last two seasons. Losing them would create a financial shortfall, potentially leaving the team in a perilous position.

One option for Sauber could be to promote its Mexican test driver Esteban Gutiérrez and hope to keep some, if not all, of the money from Mexico.

Hamilton's move to Mercedes and Perez's promotion to McLaren are, most of all, good news for Formula One chief executive Bernie Ecclestone. A shuffled pack, particularly when one of the sport's leading lights is involved, freshens things up nicely and will generate plenty of interest over the winter as the drivers acclimatise to their new teams.

That Hamilton has gone to Mercedes, which has been holding out on signing a new long-term commercial agreement to tie it to Formula One, is all the better for Ecclestone. With its new star secured, Mercedes is staying put.