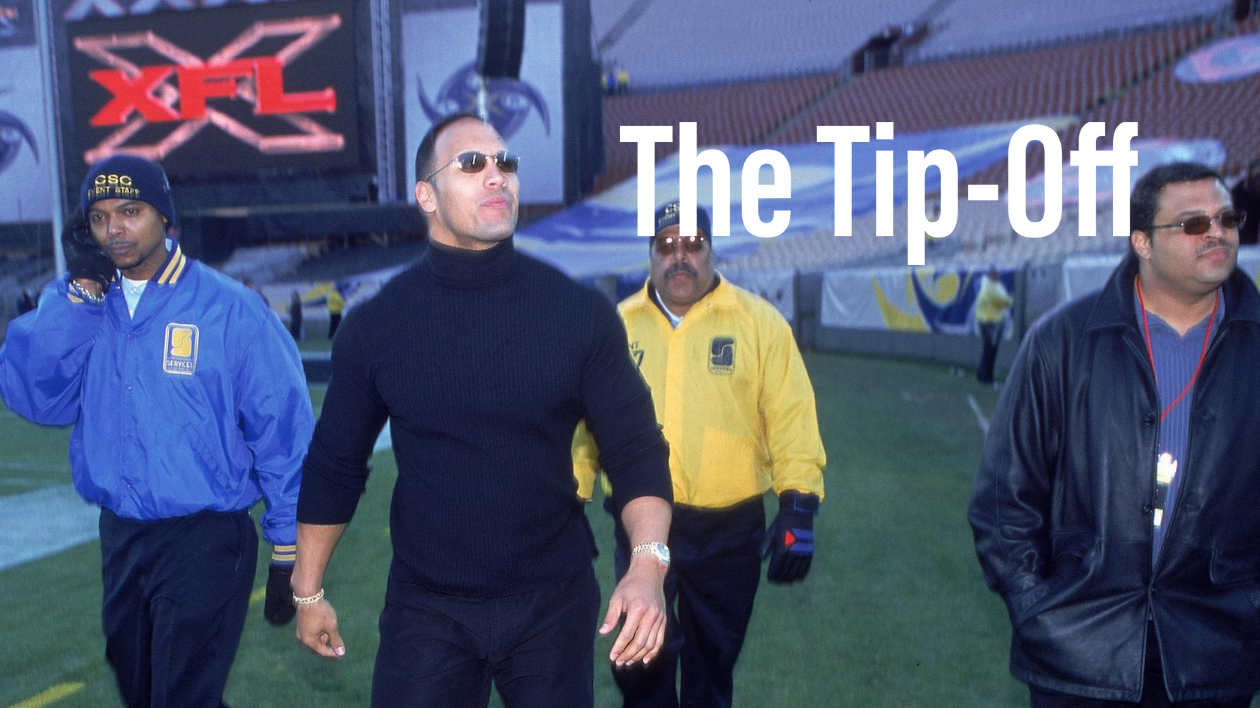 Between The Rock and a hard place

No one can really be sure where fiction ends and reality begins with Dwayne ‘The Rock’ Johnson, but his most recent endeavour blurs the lines even further. By acquiring the XFL, the bankrupt spring football league established by his former boss Vince McMahon, Johnson has gone from marketing tool to owner in less than 20 years.

Don’t be surprised if all of this turned out to be the elaborate plot for an unexpected comeback of Ballers, the entertaining if slightly boorish drama where Johnson plays a retired National Football League (NFL) star turned businessman called Spencer Strasmore. Throughout the show’s five series Strasmore consistently rails against the establishment on behalf of the players. Now he is the establishment, will things be different?

Do not let this man buy your club

I am limited in what I can say due to NDA but I can confirm that I have made a formal legal offer for @SunderlandAFC
I have significant funding from blue chip backers. Sunderland are a giant of English football & their fans deserve a team to reflect that stature #SunderlandAFC pic.twitter.com/e4bEZ554yG

Whilst Storey’s arrival would make for an excellent addition to the next Netflix series of Sunderland ‘Til I Die, it is worth considering his credentials. Storey is the chief executive of Rich Energy, a supposed Red Bull rival that no one has ever actually seen, someone who likes to brag about having wealthy backers and a jet set lifestyle but the brand’s flashy entry into Formula One ended in tears.

Storey may not have made any dissidents disappear (hi Saudi Arabia) or pushed the boundaries of employment law (hi Mike Ashley), but he does appear to believe the coronavirus pandemic is an elaborate hoax.

Given the English Football League’s (EFL) recent record with its less-than-stringent owners and directors test, perhaps it is best that Sunderland’s story continues without William.

Liam Nikuro is just like any other social media influencer. His Instagram feed is filled with carefully curated images showing off his fantasy lifestyle of partying with musicians, exercising without breaking into a sweat, and even getting inside the National Basketball Association’s (NBA) Orlando bubble. Except none of it is real. Nikuro is a CGI-created avatar dreamed up by a Japanese company called 1sec Inc and licensed to the Washington Wizards as their first ever ‘official virtual influencer’. Exactly how the Wizards will use Nikuro in their content is unclear, but the possibilities are literally endless.

Got the best seat in the house to watch Rui Hachimura do his thing. Thank you @washwizards for inviting me as a virtual guest in the NBA Bubble! @washwizardsjp #nba #washingtonwizards #wizards #ruihachimura #八村類 #basketball #バスケ

Toon out the white noise

Occasional SportsPro Podcast guest (and former columnist) Matt Slater’s piece for The Athletic on Saudi Arabia’s failed takeover of Newcastle United is an excellent read and spells out precisely why the kingdom’s Public Investment Fund (PIF) failed to get the deal over the line. SPOILER ALERT: it was not the human rights violations.

Here is the key quote from an unnamed source that says everything you need to know:

“Forget all the other excuses. The deal has been dead in the water ever since Saudi responded to the WTO decision by doing exactly the opposite of what was required. The Premier League told them nearly a month ago that the PIF was the state and the state has been stealing from them, and that must stop or the deal is stuck.”

“Once again there is a sort of storm against Fifa relating to the Qatar World Cup. Sadly there’s a great deal of discrimination and racism and this hurts me.” Sepp Blatter, ex-Fifa president, speaking in 2014.

‘There is no description of criminal conduct of any kind that has been communicated to Fifa. There is something a little grotesque and unfair in all this because we are 100 per cent confident there will never be a criminal charge against the Fifa president.’ A Fifa statement, issued on 3rd August 2020, responds to a Swiss criminal investigation launched against Blatter’s successor, Gianni Infantino.

“Randy Levine is a great friend of mine from the [New York] Yankees,” said President Trump, referring to the Major League Baseball (MLB) team’s president. “And he asked me to throw out the first pitch, and I think I’m doing that on 15th August at Yankee Stadium.”

Fact check: Trump was not invited but decided to get the old dog whistle out to create an excuse…

Because of my strong focus on the China Virus, including scheduled meetings on Vaccines, our economy and much else, I won’t be able to be in New York to throw out the opening pitch for the @Yankees on August 15th. We will make it later in the season!

Prediction: He will not make it later in the season.

Leaked email of the week

The gallery of newly released emails is interesting, and can be seen here: https://t.co/yWlsK9dGKg
This one alone has fascinating info pic.twitter.com/LM1jfJ53rR

Good news story of the week

Brooklyn Nets star and dubious scientist Kyrie Irving has pledged US$1.5 million to Women’s National Basketball Association (WNBA) players who have opted against playing the 2020 season in their own Florida bubble.

In a league where the top annual salary is a little more than US$200,000, Irving’s funding will supplement the income of players who choose not to play over coronavirus concerns or for social justice reasons. The cash coming from the KAI Empowerment Initiative also provides players with a financial literacy programme created by UBS.

These are the words of Los Angeles 2028 Olympics organising committee chairman Casey Wasserman in his letter to International Olympic Committee (IOC) president Thomas Bach, as seen by Sportico. The chief executive of his eponymous agency giant is urging the Olympic body to encourage, rather than punish, athlete advocacy on social justice issues. The issue is the Olympic Charter’s Rule 50, which currently states: ‘No kind of demonstration or political, religious or racial propaganda is permitted in any Olympic sites, venues or other areas.’

Other plotlines that may or may not come to define the sports industry… virtual influencers are coming to your social media feeds.