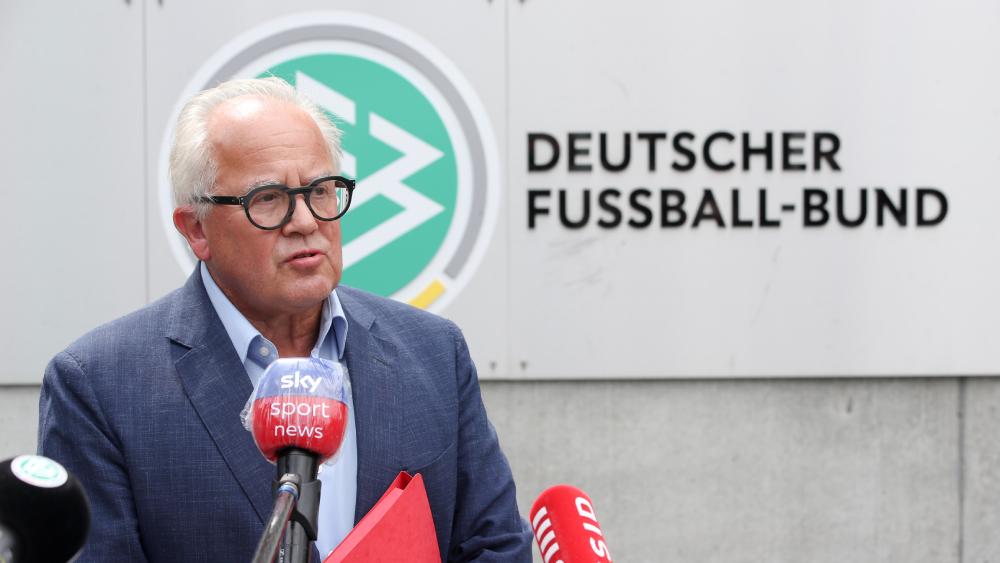 Over the past few months, several German national sports federations have made headlines for all the wrong reasons, with the German Football Federation (DFB), the National Olympic Committee (DOSB), the Speed Skating Federation (DESG), the national gymnastics body (DTB), and the German Rugby Federation (DRV) all coming under scrutiny.

As a proud German and sports industry professional, it has been hard to watch these federations unravel following accusations, blunders and mismanagement, amongst other things. In each of these cases, everything revolves around power, money, and influence. Because of these internal struggles, there is little time to talk constructively about the huge responsibilities of federations and to make important decisions that are vital for the vision of the sport.

Take the DFB, for example, where Fritz Keller (pictured above) has become the third successive president within the last nine years has cut short his tenure before the end of his term. Keller compared DFB vice president Rainer Koch to the infamous Nazi judge Roland Freisler at an executive committee meeting. It has left the governing body's board at odds with one another, each of them waiting for someone else to make a mistake in order to remove them.

Then there were the anonymous emails from employees complaining about the toxic leadership mentality at the DOSB and the DESG. The reactions were not one of reflection, concern, or sadness, but only of defiance and non-acceptance.

Anyone who has ever led people knows how much work it is to combat such an attitude; how difficult it is to reconcile different characters and work mentalities; how much energy has to be invested in transparent communication; how important the issue of psychological safety is so that employees feel empowered to talk about anything without fear of retribution.

Of course, there is not always an answer that everyone wants, but everyone must be heard, taken seriously, and treated with respect. Toxic cultures are preventable within any organisation.

The other recent scandals in German sport, such as the allegations of violence by coaches at the DTB and accusations of blackmail at the DRV, show that the autonomy that empowers those organisations is only justified if everyone internally has the same moral compass. In such systems power should not be distributed singularly and regulatory structures are vital.

While these are just recent examples from one country, the big question is whether these are all unfortunate, individual cases and questionable personalities? Or an endemic in an ailing, perhaps even cancerous, federation system?

The federation system is highly complex and unites completely different interests. It must marry amateur mass participation and high-performance sport. It is financed by the state, the media, the economy, and even broader sporting bodies. Each one of those backers will also have different needs, agendas, and visions.

Autonomy has always been considered an important pillar of sport – it is self-governing and non-political. Yet, federations are socio-political and supposed to observe principles of democracy, independence, fairness, solidarity, and transparency. Not only externally, but also internally.

So where do they go wrong?

An individual sport is governed by a pyramid structure with an international federation at the top. Below are the continental federations, national and then even sub-national governing bodies. Each organisation oversees the implementation of the rules set by the parent organisation – a must in order to be officially recognised – and sets its own rules too.

But who monitors international federations? Any organisation, whether in sport or not, should only be autonomous if the truly ethically and morally correct people are in leadership roles. They must first and foremost monitor each other, have a clear mission, and be answerable for any wrongdoing. In sport specifically, the authority to govern lies comes from validation of a body’s members and is exercised by them directly or indirectly through a system of representation.

What happens, however, when only part of the system has had access to it for decades and the inner circle has been kept as small as possible? Or regimes do not get that level of scrutiny, let alone dissolved, due to old boys’ clubs mentalities and dependencies? Here we come back to the need for an external, autonomous integrity unit to identify problems and have the authority to improve them.

Sport is based on ethics and fair competition. Governance of sport must meet those same high standards of transparency, democracy, and accountability. Yet each of these standards is continuously trampled upon and, worst of all, there are no consequences for the perpetrators.

We know that those who live in glass houses should not throw stones, and thus a gigantic construction of silence, acceptance, complicity, protection, and turning a blind eye has been established over decades.

So how do we put a stop to greed, power grabbing, and narcissism in sport? It can only be done through three actions:

Too often things are ignored or smart communication experts gloss over things. But bi-directional communication platforms nowadays not only allow journalists to uncover issues, but every free citizen and employee can raise concerns. In a good organisation, raising issues should be possible internally, without fear of retribution.

In systems that do not work well, this is not the case and issues are hushed up and discovered only years later in often harrowing circumstances. Sadly, examples of this are all too prevalent.

2. The transfer of knowledge

Training, seminars, and workshops play an increasingly important role with the board members and senior staff. Unfortunately, the impetus to change culture often has to come from outside. Often people in organisations have been operating for too long and have developed biases around ‘the way things are done’.

The idea that things can be done differently is sometimes no longer even present. Anti-doping or anti-corruption quizzes do not help catch cheats or crooks. It is not enough to have employees undergo compliance training if it is not followed up internally. Often programmes are launched to cover up and smooth over issues for the benefit of external stakeholders. Only continuous remodelling, praise for compliance or whistleblowing, and sanctions for non-adherence act as true deterrents. Having a licence never made anyone a good driver. It is following the rules on the roads that shows whether one is capable of sharing that benefit.

If we really want change, especially where it affects people physically and psychologically, safety matters a lot. Everybody should feel empowered to act without fear of negative consequences on their reputation, status, or career.

You must be able to address questions without having to give explicit and immediate answers. Questions, however, can give clues as to what superiors are concerned with. Disagreements are not always negative but even those need to be respectful and regard issues, not personalities. Sometimes this seems to be forgotten.

So how do we integrate positive values and ethical vision into our decision making in times when economic profitability is non-negotiable?

The easy way is to separate ourselves and our daily commitments, from the decisions that have to be made.

To say that sport is apolitical is not the right approach. It has probably never been more political than at the moment. Revenue comes from governments and the days when communication was only done through filters are a thing of the past. In this volatile world, we need to have the right level of ethical judgment in our decisions as they affect the future of our sport and society. Society has changed enormously in the last decade, but the structure of federations has hardly changed. The boys’ club mentality still prevails, where contacts and information are a currency guarded by a privileged few.

Sport is still largely a gendered institution where all processes and structures operate within a hegemonic male norm. Sports institutions at all levels have created a default principle around masculinity as the 'operating concept' behind the sport. Founded as a singular view of society, sport identifies ‘pale male’ activity as privileged and reinforces masculinity as the acceptable, or even desired, leadership quality. This hegemonic masculinity not only denies women access to leadership positions in sport but also prevents sport from developing its functional structures to become more transparent, fairer, and ultimately better.

Although some governing bodies are working very hard to change the composition of their boards from an all-male leadership to a more diverse one, it is striking how slow this process is and how often individuals cling to their contested positions of power. Very few federations actually have their own rules for limited tenure on their boards, a pipeline system for diverse leadership talent and an external, independent regulatory body.

Is every federation like this? I want to say no, but I cannot. There are some exceptions that actually set those standards and norms for themselves. There are federations that have taken a hard look at themselves. Those who, because of scandals, had no choice but to rehabilitate themselves sustainably.

But should this be a process that is ever completed? No. It is a process that has to be followed steadily and continuously. It is a process that often hurts because we value what we are used to and are usually critical of change at first. Everyone I have spoken to on this subject agrees that the result is a better one – for sport and society, even if it may be less for certain individuals. 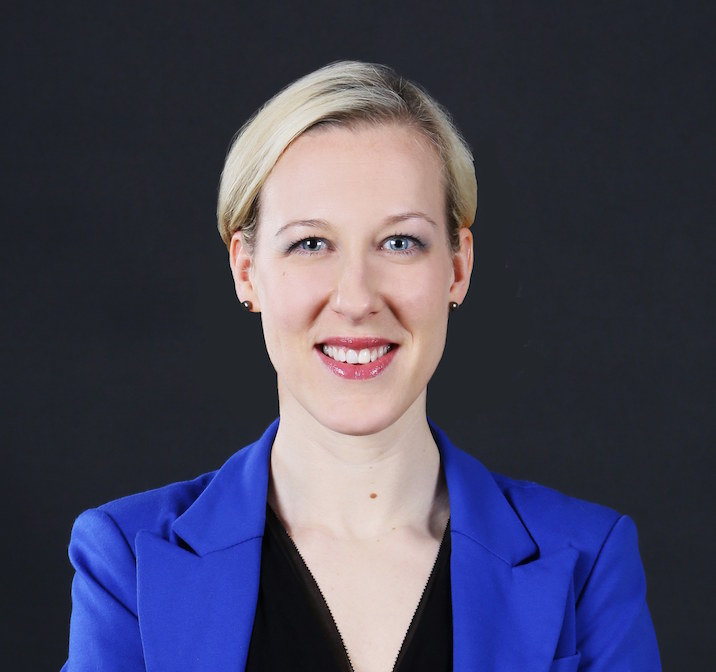 About the author: An expert in sports marketing and communications, Marisa Reich is the chair of She Sports Switzerland and former head of events and culture at Infront. Her previous roles include managing international communications for Red Bull’s Wings for Life World Run and the Berlin Marathon, while she has also represented elite athletes in track and field as an IAAF-accredited agent. She became a SportsPro columnist in October 2020, writing about issues surrounding women in sport.