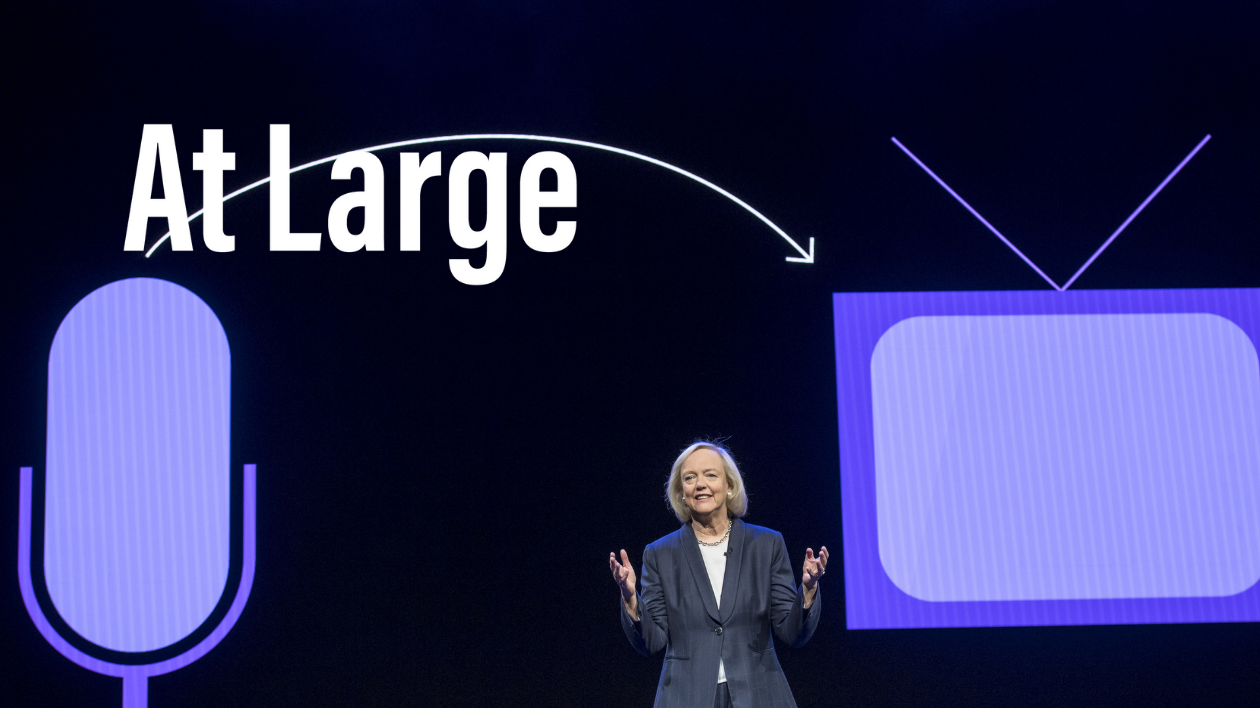 If you can still remember February, you might remember Quibi.

With its name short for ‘quick bites’, it was the mobile-only premium video service that was all set to change the way we watched things, for ten minutes at a time and UK£7.99 a month. Founded by former Disney chairman Jeffrey Katzenberg, it boasted U$1.75 billion of startup funding, a small army of A-list Hollywood talent, and sports-related programming from or featuring the likes of LeBron James, Stephen Curry, Megan Rapinoe, Ken Block and WWE.

Over the past few days, the Wall Street Journal has reported that Quibi is considering its future. Its options are another funding round; an IPO launched through a merger with that acronym of the month, a SPAC; or a sale. Back in June, amid whispers of a poor conversion rate from free trials, the same newspaper had said the company was on course to hit just 30 per cent of its year one subscriptions target.

You might argue that there is some bad luck involved here – Quibi certainly has. The pitch suddenly looks a difficult one: on-the-go content for stay-at-home lives. And yet mobile video consumption is up. Netflix added ten million paying customers in the second quarter of this year. Disney+ hit 60.5 million global subscribers in early August, reaching the lower end of a range it had promised to investors by 2024. Social media engagement has also soared.

Quibi is clearly missing something and needs to find it, fast. It has seen a world where people are watching video on their phones and misunderstood why. Its contributors have relished the creative proposition at hand – tell compelling, short-form, small-screen stories – and those efforts actually scored ten nominations at this year’s Emmys. But a filmmaking challenge is not a business model.

Some analysts were quick to point to a lack of audience connection. Back in April, TechCrunch ran a piece by its former editor Josh Constine titled ‘Quibi is the anti-TikTok (that’s a bad thing)’. He tore strips off the new service. Quibi, he wrote, was ‘a completely asocial video app’ that was ‘unshareable, prescriptive, sluggish, cumbersome and unfriendly’. With no messaging platform or viewer curation, it made no allowances for community-building and was telling people what they wanted, instead of asking. Set against the immediacy of the free, user-led, endlessly regenerating content worlds of TikTok and its ilk, it felt ‘cold and isolated, like watching reality shows in the vacuum of space’.

Writing separately last week on Reforge, Ravi Metha – a former chief product officer at Tinder and a product leader at companies including Facebook – set similar arguments against what he called the ‘entertainment value curve’. ‘The defining feature of mobile isn't size and portability,’ he wrote, ‘it's connectivity.’ TikTok, he said, had grasped this. Quibi had not.

Metha plots his curve across two axes. One is social value, or the level of personal connection the viewer has with the content – think Snapchat, or any other platform that prizes fast, fun and shareable video with people you know or relate to. The other is production value, or the quality relative to everything else out there – think Netflix, or any other service that goes premium, and offers great programming on the best available screen. Quibi, with its paywalled, mobile-only video, does neither.

So why does this matter to sport? In part, it matters purely from a content and marketing perspective. But the desire to keep up with audiences is also producing changes in how sport is played, and those changes will be disastrous if based on the wrong suppositions.

Coincidentally, this week brought a new season of cricket’s Indian Premier League (IPL): the biggest, most lucrative celebration of the last great format innovation in elite sport. We know pretty well by now why Twenty20 works. It is recognisably cricket, but faster and more accessible. It rewards different skillsets, and has evolved its own dense strategies, but can still be played by stars of the longer games.

It was new at professional level in 2003 but not to grassroots players. And while it delivers more explosive incidents – bigger hits and spectacular fielding – it plots a similar narrative arc to what went before. Cricket in all formats has an inherent premise: one team sets a score for another to chase. Yet there is still a balance to how batsmen and bowlers contribute, and plenty can be lost in the edit. It was interesting that even in trimming the game further for The Hundred, the England and Wales Cricket Board (ECB) chose in the end to cut down on deliveries bowled but stay at 20 overs: getting to the big moments quicker but retaining that arc.

Before we plunge into that rabbit hole, though, we should look briefly at what T20 did for the IPL. The league’s concept predates its format. Its first commissioner, Lalit Modi, and Andrew Wildblood, the IMG executive consulting on the project, were exploring the idea of a city franchise league through the mid-2000s. It was only when T20 emerged as the keystone – its acceptance earned through India’s win in the first global tournament in 2007 – that everything fell into place.

As Wildblood explained to SportsPro a few years back, cricket was always wildly popular, but T20 matches were now a similar length to Bollywood movies. That made it appealing to TV schedulers and to families heading out for an afternoon or evening’s entertainment. It was the right product for that model. That was what really changed the game.

These factors are always in conversation with one another. T20 has spawned its share of imitators in other sports over the past 17 years, literally none of which has been as successful. Many of them fell into the Quibi trap: seeing that people wanted shorter and sharper, but not getting how or why to deliver it. Either way, though, T20 is born of the challenges of another media age. The next wave of formats will have different problems to solve.

In tech and entertainment terms, they need to help fans participate in the content they are watching. That could just be about the distribution of what already exists, most of which is not going away. Sport has some natural advantages when it comes to Metha’s ‘entertainment value curve’. People play, they participate in communities and have strong social attachments to teams and individual athletes. The best in the world deliver compelling viewing for broadcasters who push technical and creative boundaries. Yet the competition for attention, for TV cash and screen time, will force some rulemakers down a different path.

Whatever successful formats emerge in the digital era, there is a fair chance they will be seeking different solutions than T20. Rather than cutting time to fit a broadcast window, this will be about closing the distance to fans. The early shoots of this are visible in everything from gaming to Parkrun to remote exercise tech and wearables but what this grows into, and how the rest of the ecosystem is affected, will take more time to observe.

It may not just be about making things shorter. Events lasting weeks or months at a time can find their digital place if they work out how to keep fans involved, keep athletes at the centre, and retain a connection. Mastering that discipline will be difficult but those who can will discover rich possibilities.

Sport, in the end, is about stories: watching them, telling them, being a part of them. There is nothing more resilient than that.