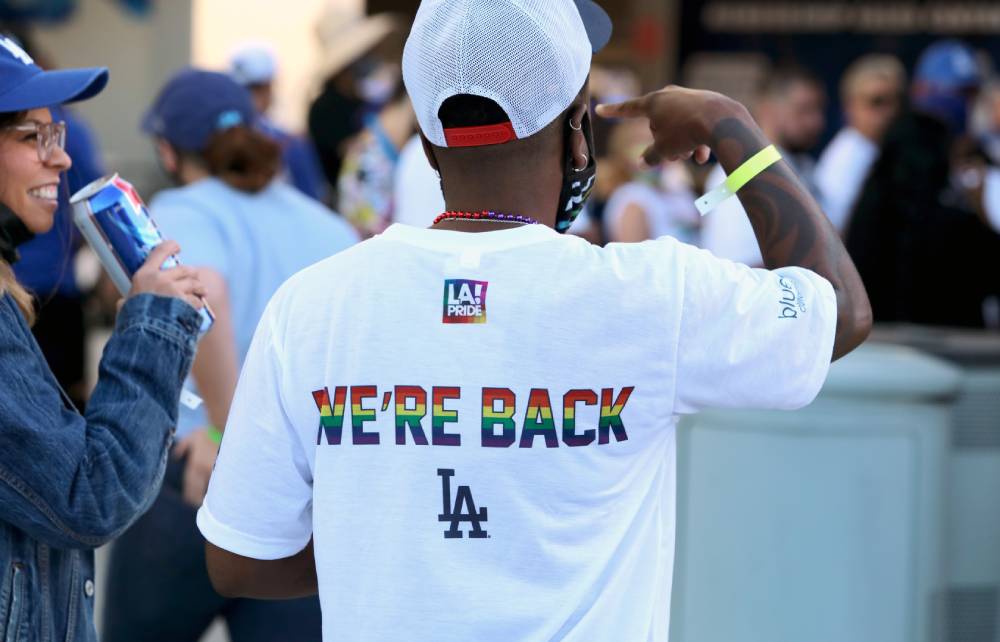 Noah Garden, the chief revenue officer of Major League Baseball (MLB), is speaking to the SportsPro Podcast from the organisation’s headquarters at 1271 Avenue of the Americas.

MLB moved into those offices in New York’s old Time & Life Building on 6th January 2020, probably not expecting them to fall quiet just a couple of months later. A year ago, the league was deep into preparations for a fraught, pandemic-delayed, behind-closed-doors season. With midsummer approaching, no professional baseball had yet been played.

That is not the case in 2021. As vaccinations roll back the threat of Covid-19 across much of the US, MLB is playing a full season this year to increasingly full ballparks.

“It’s affecting people unevenly across the country and what we’ve tried to do is be mindful of that,” says Garden. “Our local clubs have worked very closely with their local governments to figure out what the right position for them to be in, as we open this season and embark on getting back to our first full season since 2019.

“Knock on wood, so far so good. We’re fortunate to have a game that gets played generally outside in the open air, and the local governments have been great. We have a number of clubs now that are at 100 per cent capacity and more coming on board each and every day. We’re getting back to it. I wouldn’t say it’s back to normal but we’re certainly headed in that direction.”

The business has “still been rolling” through the last 18 months but the impact of this crisis is going to be felt for some time to come. Forbes estimated that teams lost US$1 billion collectively in 2020, having made a US$1.5 billion profit in 2019, and that revenues dropped US$4 billion to around US$6.5 billion. The priority for now is to get as many fans back into games as possible – 40 per cent of league revenues come from ticket sales – but there are more and deeper challenges to contend with.

A key reason for the league’s relocation last year was to get more of its functions in the same building. Previously, different departments were scattered across the city but commissioner Rob Manfred was eager to reunite them.

There are symbolic and practical reasons for that. Manfred’s vision for the game is something he describes as ‘One Baseball’, a strategy that coordinates more of the sport’s efforts to update its on-field product and presentation as it identifies the next generation of players and fans. That project encompasses not just MLB and its teams, but other bodies active in the sport in the US.

There has been a radical, sometimes contentious restructuring of MLB’s partnership with Minor League Baseball (MiLB), whose 2020 season was cancelled altogether. A new 120-team set-up has been formed, with clubs retaining long-term affiliations with individual MLB teams to make the system easier to follow. It is not without its sacrifices – 40 teams have lost their affiliation and those remaining must improve their facilities and increase player salaries by between 38 and 72 per cent – but Garden sees a “tremendous opportunity” at the end of the process. 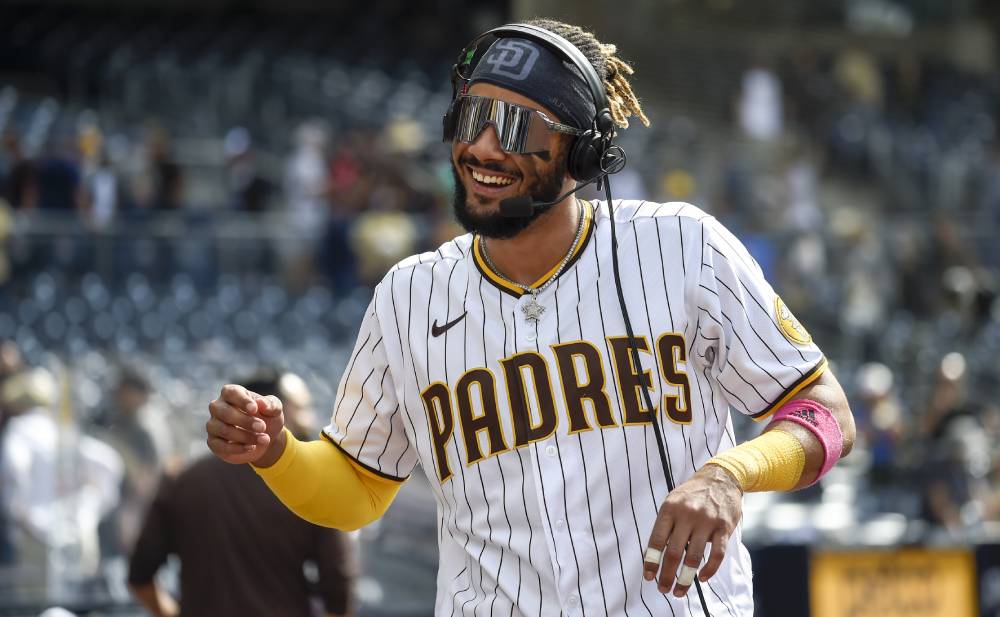 Another fundamental, commercially pressing task for MLB is to understand what its media product will look like in the years ahead. The volume of games available has long made baseball the bedrock of regional sports networks (RSNs), with teams like the New York Yankees investing in their own properties, but cable unbundling and cord-cutting has accelerated the digital transition.

“The future is being disrupted,” Garden says. “The present’s being disrupted. It’s being disrupted in the media space by more ways than ever for people to consume content on more devices than ever. If you think about what we did at MLB.com starting in 2000, we made a decision that if it has a plug or a battery, we want to be on it. That’s sort of been the tentpole in how we’ve approached these things.”

In May, MLB renewed its partnership with ESPN – whose owner, Disney, bought MLB digital spin-off BAMTech in 2017 to drive its streaming ambitions – in a deal worth a reported US$550 million a year. Baseball viewership has been rising in 2021, and Garden is happy that MLB’s national partners, who also include Fox and Turner Sports, can help the league manage its digital transition. Yet porting the whole ecosystem of local, national and out-of-market rights to this era will be complex.

Beyond North America, MLB’s international plans have been set back by the suspension of international games in 2020 and 2021, though Garden expects to be back with a vengeance once travel restrictions ease. But the commercial future of America’s pastime will depend on the capacity to change, and to grow through change together. 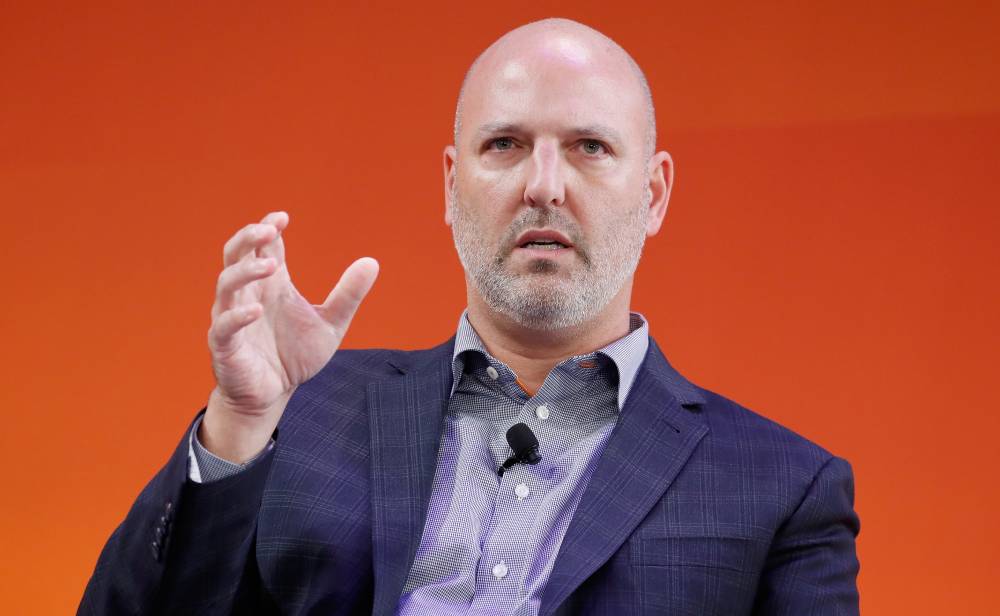 Garden on… the impact of Covid

“Nobody was immune to the effects of Covid – not just from ‘am I sick, do I have it’, but also from a financial impact. So I think that we’re still getting through that and it’s going to take years to come to bring us out of that. You know, that said, there’s some silver linings at the same time: the increase in communication with our partners, all working together, all sharing best practices.

“It wasn’t that every call was: ‘What are we going to do and what’s the execution?’ It was really working with our partners to say, ‘How are you getting through this? What are you guys doing?’ We were sharing what we were doing at the same time with an eye towards getting us back to a more normal cadence in our business, which has been accelerating now over the short term.

“But they’ve been great to work with over the long term because it was a very, very difficult 18 months.”

“Change is difficult. Any kind of change. We’re all kind of set in our ways and any kind of change, certainly a change of this magnitude, takes time to see the benefit of.

“In our minds, they’re complementary. We have fans that are displaced, those outside the local area, and then you have local fans. So there’s a way to reach both with those products.

“Also, generally, sometimes they want different types of products. If you look at what the RSN provides, it’s not only the live game broadcast, there’s a lot of shoulder programming. I think, ultimately, it comes down to the fans. What we’re both [teams and the league] doing is listening to what the fans want and what they expect and we’re trying to then deliver that to them.

“We’re not really focused on what’s local, what’s national. The conversation we’re having today is: what’s best for our fan? What should we deliver? Where should we deliver it? How should we deliver it? And then, once we’ve made that decision, the behind the scenes ‘how’, ‘what’, financially, that all works itself out. The most important thing, really, is reach – reaching the broadest base of fans you possibly can.”

Garden on… the return of the international series

“We want to pick up where we left off. We hope to be back playing games internationally in ’22. We’re working on a pretty robust play plan for international that’s more games than we’ve ever had in the past and it remains important to keep us relevant globally.

Garden on… promoting the live experience

“There is no better experience of watching a game than actually going to watch a game live. You can certainly watch on TV, it’s a great experience, but you’ve got to get there live. The excitement that you feel, you know, it’s second to none. It’s always our goal to get as many fans as possible to achieve that.

“So we continue to work together and share best practices across the league about different things and ways of selling tickets. There are subscription-type products that are available now that you didn’t see three to five years ago. There’s different ways to bundle experiences along with that for families that are going to these games. So it’s just being innovative in our approach to making that experience as seamless and as comfortable as possible for our fans.”

Garden on… the projects on the horizon

“You can’t turn on the TV and not hear about the blockchain these days. So what I tell everybody is that I’m not going to be here to tell you to buy Ethereum or Bitcoin, but what I can tell you is how that technology can make the game better or connect to our fans better.

“You’ll see different products for us that are more similar to what you would see in a trading card – something that’s very collectible that folks can invest in to get closer to the game and be passionate about the teams or players that they follow.

“I would also say that gambling is another emerging part of our business that is really new for us. That’s something where we’ve watched what’s happened overseas, the proliferation of it and how it got rolled out. We’re looking at that to learn from that domestically here, as more and more states legalise gambling – how to do it in a thoughtful way, not to overrun the family aspect of what we try and achieve day in and day out.”