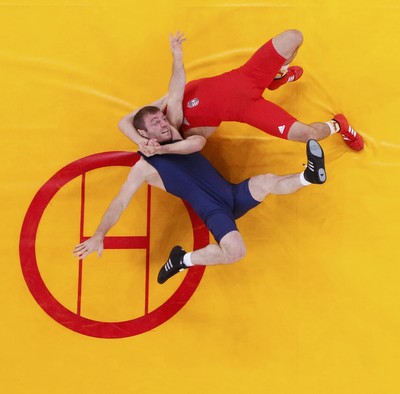 The International Olympic Committee (IOC) has recommended that Wrestling be dropped from the 2020 summer Olympic Games sport programme.

The decision was taken via a secret vote during a meeting of the IOC's executive board on Tuesday in Lausanne.

Wrestling will still take place at the Rio 2016 Games but will now join a list of seven shortlisted sports – baseball/softball, karate, roller sports, sport climbing, squash, wakeboarding and wushu – vying for inclusion in the 2020 programme. It does, however, face an uphill battle given the well-resourced campaigns being run by the likes of squash.

The IOC's executive board will receive presentations from the eight sports in May, before recommending a sport to its wider membership ahead of a final vote during September's IOC Session in Buenos Aires.

Wrestling was a surprise choice to be dropped by the IOC. The sport, which had 344 athletes competing at London 2012 across freestyle and greco-roman disclipines, has taken place at every modern Olympic Games since 1896, with women's events debuting in 2004.

In a statement on its website, the Federation of Associated Wrestling Styles (FILA) said it was 'greatly astonished' by the IOC's recommendation. It added: 'FILA will take all necessary measures to convince the IOC Executive Board and IOC members of the aberration of such [a] decision against one of the founding sports of the ancient and modern Olympic Games.'

FILA said its bureau would be meeting in Thailand on 16th and 17th February to address the issue further.

There had been widespread speculation that modern pentathlon and taekwondo were in danger of being excluded, but both have survived and will join athletics, rowing, badminton, basketball, boxing, canoeing, cycling, equestrian, fencing, football, gymnastics, weightlifting, handball, hockey, judo, swimming, tennis, table tennis, shooting, archery, triathlon, sailing and volleyball as core sports in 2020.

Golf and rugby union have been added to the 2016 Olympic programme but their presence at the 2020 Games will not be confirmed until an IOC review scheduled for 2017.