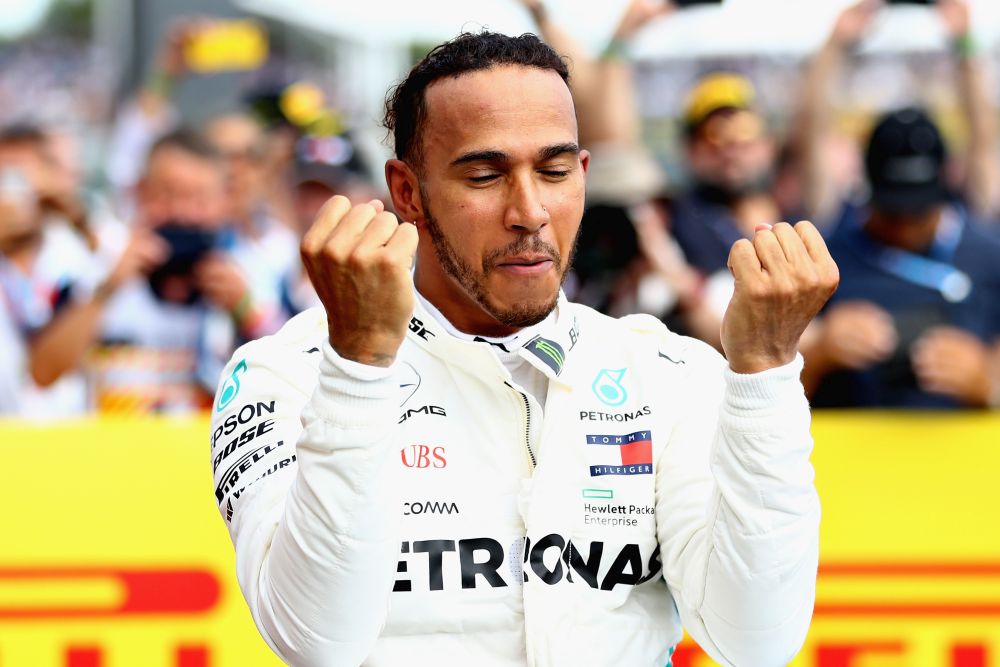 Mercedes’ Lewis Hamilton claimed his third victory of the season at the French Grand Prix on Sunday to overtake Ferrari rival Sebastian Vettel in the drivers’ standings and lead by 14 points.

Hamilton, a four-time world champion, led from start to finish, having qualified in pole position. It was his first ever win at Circuit Paul Ricard, with the French Grand Prix returning to the Formula One calendar this year for the first time since Felipe Massa triumphed at the Circuit de Nevers Magny-Cours in 2008.

The Briton was rarely troubled, finishing more than seven seconds ahead of Red Bull’s Max Verstappen and 25 ahead of Vettel’s Ferrari teammate Kimi Raikkonen.

Vettel cut a frustrated figure after colliding with Hamilton’s teammate Valtteri Bottas at the first corner. He was handed a five-second penalty for his role in the incident, recovering to finish fifth. Simply by avoiding the first lap accident, Hamilton was able to open up a comfortable lead with the assistance of the safety car, allowing him to cruise to a crucial victory.

After the race, the Englishman said: “I feel very grateful, grateful for a solid weekend. My guys, I have been with them for six years they are pushing the boundaries and never giving up so I want to thank them and everyone at the factory.”

Renault is to introduce the long-awaited new specification of MGU-K at this weekend’s Austrian Grand Prix. The motor generator unit is finally ready for use. However, there is no obligation on Red Bull or McLaren – Renault’s two F1 customers – to use the new technology.

The new MGU-K has experienced multiple delays since its initial expected date of completion prior to the 2017 season.

Renault F1 boss Cyril Abiteboul has hinted that at least one of the two have chosen to stick with the previous version. In part, this may be because new regulations only permit two MGU-Ks per year.

Abiteboul said: “It’s a part that we know was fragile, it’s a part that we deliberately decided to extend the life of, because we knew that there was a new definition, a new spec coming up, with better performance, better packaging and with a better reliability level.”

Aseed Al Hamad drove a lap of the Circuit Paul Ricard in a 2012 Renault Formula One car in the build-up to the French Grand Prix, breaking down another barrier on the day that a ban ended that prevented women from driving on the streets of Saudi Arabia.

Hamad, who was the first female member of the Saudi Arabian Motorsport Federation, drove a lap as part of a parade to mark the return of the race after a decade-long absence. 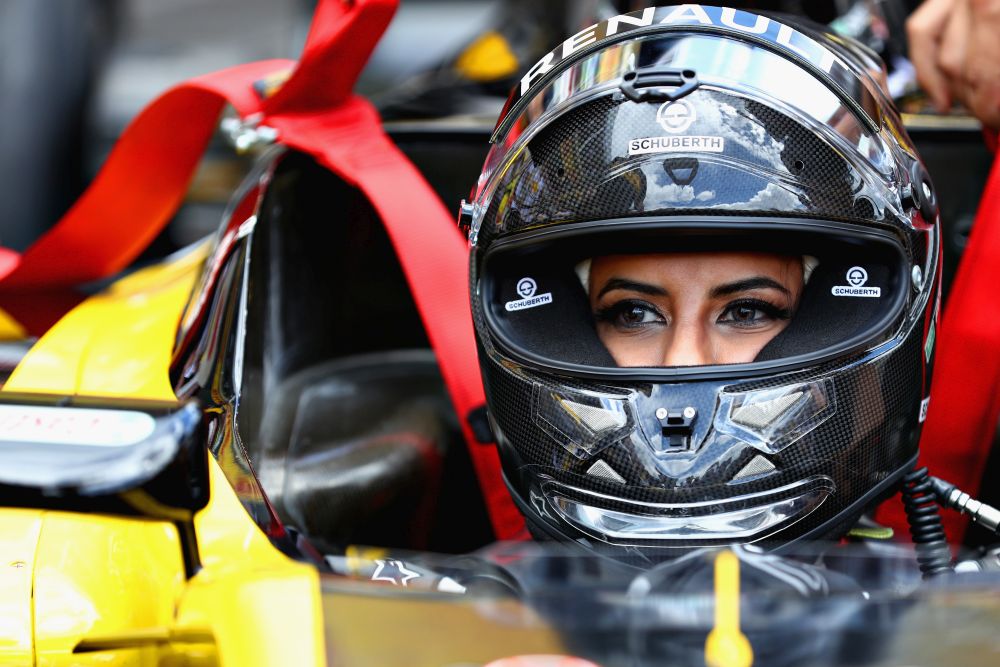 “I believe today is not just celebrating the new era of women starting to drive, it’s also the birth of women in motor sport in Saudi Arabia,’ she said.

“The most important thing I am looking forward to is to start seeing the next generation, young girls, trying [motor sport]. I want to watch them training and taking the sport very seriously as a career. This is going to be really my biggest achievement.”

Formula One has followed NBC Telemundo, Eleven Sports and BeIn Media in accusing TV network BeoutQ of illegally transmitting coverage of its events.

The network, which has been linked to Saudi Arabia by Uefa – but not by Formula One – is at the centre of a storm surrounding its coverage of soccer’s World Cup and the Uefa Champions League.

Now though, Formula One has accused BeoutQ of illegally streaming coverage of its races across the Middle East and North Africa (MENA). According to media reports, Formula One stated that content owned by BeIn Sports, who hold the regional broadcast rights to the competition, had been broadcast by BeoutQ.

Formula One's managing director of commercial operations Sean Bratches (below, left) has dismissed any doubts regarding a planned race in Miami next year.

Plans for a Miami Grand Prix from 2019 have hit a bump in the road because of the desire to use a piece of land at the centre of a dispute with local resident groups following a series of broken promises.

Speaking ahead of the race last weekend in France, Bratches said: “We've been working on this for quite some time. Progress has been on pace and we anticipate closing something on around that deadline.”

According to Forbes, the contentious piece of land – coined as Parcel B – overlooks the Atlantic Ocean and has been a controversial site for more than 20 years. When the Miami Heat gained approval to build their home, the American Airlines Arena, they promised to make community use of the land.

However, nothing was done and plans to turn it into a soccer field fell through as well, with the plot instead being used for parking and as a secondary space for holding events. Last year, the Miami Herald reported plans to turn the area into a park, although there has been little progress since.

As a result, local groups are standing firm against Parcel B’s presence as part of any Formula One track, potentially scuppering plans put in place by Liberty Media, Formula One’s owner. 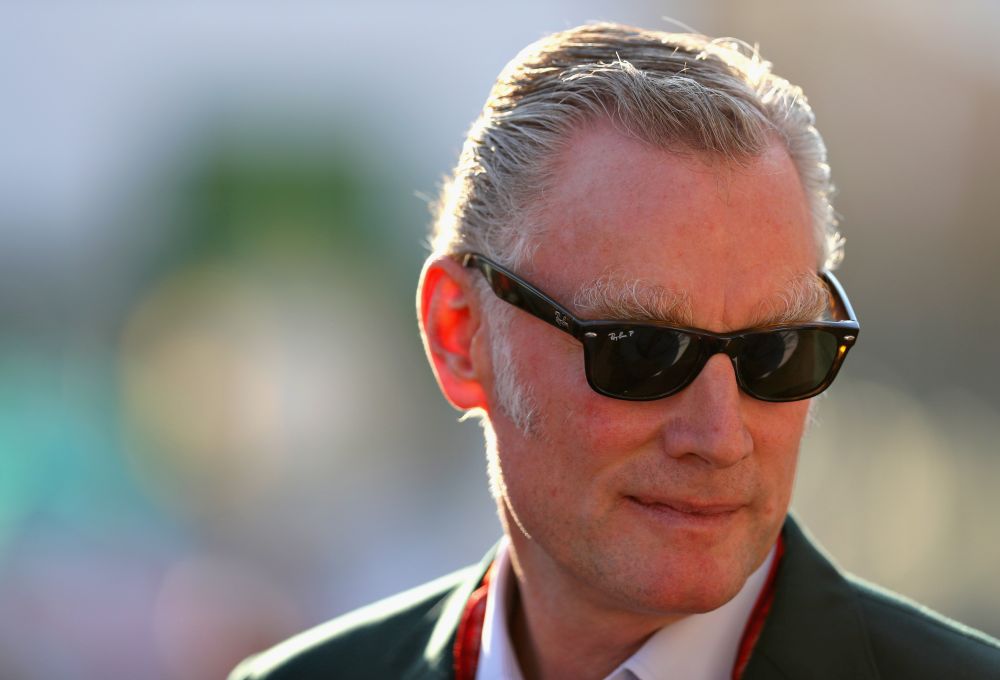 VirtTrade has signed a deal with Formula One to become the championship’s official digital partner. As part of the agreement, the firm has launched the sport’s first trading card game.

The app includes collectible images of drivers, tracks and teams from throughout the competition’s calendar, with live content available on race weekends.

Adam Crothers, head of digital new business at Formula One, said: “VirtTrade offers F1 a new and alternative take on presenting our mix of content, as well as a new entry point for fans. We think their unique take on collectibles gamification will be a hit with our current fan base too and the product offers a game-type environment that isn’t simply simulation based.”

The future of the British Grand Prix at Silverstone is being discussed by Formula One chiefs, who hope that an agreement can be reached to keep the English venue as part of the annual calendar.

Last year, Silverstone announced that it had triggered a release clause in its contract with Formula One to come into effect after this year’s race. However, Bratches, wants the race to remain on the schedule.

“Silverstone is part of the foundation of this sport,” said Bratches. “We are a commercial business and we are going to do a deal that makes sense for us and hopefully there's an opportunity there.

He added: “We just renewed Spa on terms that work for both parties, and my suspicion is that we can do the same for Silverstone. That's our intent anyway.”

The future of Belgian Grand Prix has been secured after successful talks between the local Wallonian government and Formula One owners Liberty Media.

The current deal was due to expire after this year’s edition of the race, which takes place on 26th August. However, the new agreement means that the Grand Prix at Spa-Francorchamps will continue for the next three years.

Mercedes’ Lewis Hamilton claimed his third victory of the season at the French Grand Prix on Sunday to overtake Ferrari rival Sebastian Vettel in the drivers’ standings and lead by 14 points.