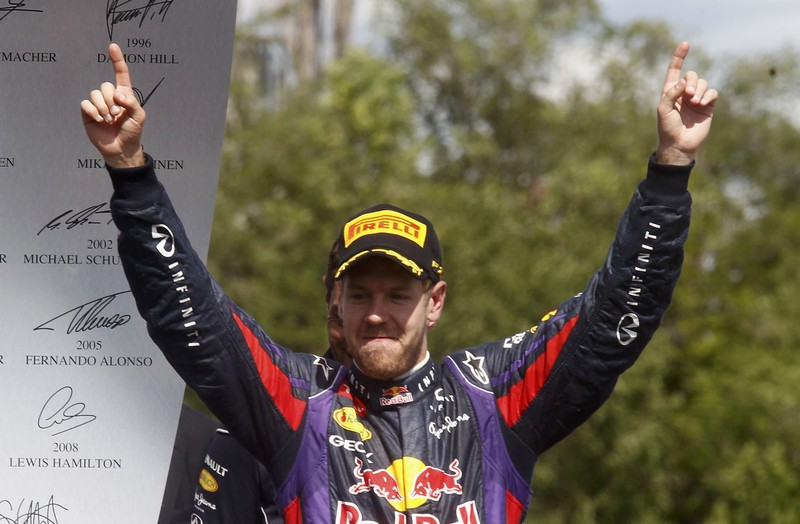 Much like the Belgian Grand Prix, Montreal's annual Formula One event always seems to be under some kind of threat. It is, as is so often the way, a question of long-term financing but the presence of Quebec Premier Pauline Marois in the paddock on Sunday has raised hopes that a deal to retain one of the sport's most popular races will be done. Montreal's current contract runs out after the 2014 race, but Marois told the Montreal Gazette newspaper that talks “are going well”, adding: “Until now, things are going well and I hope we will conclude an agreement. And I told Mr. Ecclestone, we need to conclude a win-win agreement.” Various government strands, in partnership with local promoter Octane Management, pay around US$15 million a year to stage the race but a bigger issue is believed to be the infrastructure around the Circuit Gilles Villenueve. It is a picturesque venue, which sits on the Île Notre Dame, but one that is undoubtedly fraying – much of the infrastructure was built for the 1976 Olympic Games, with the rowing lake lying immediately behind the cramped paddock.

The 2014 Formula One calendar is not yet finalised, but the picture is becoming a little less clouded. It looks likely that there will be at least one race more than the 19 on this year's schedule, with Bahrain likely to replace Australia as the opening round – the tiny island kingdom's Crown Prince was in the Montreal paddock presumably tying up the deal. Also present in Montreal were representatives from New Jersey, who continue to insist that a 2014 street race will happen, despite continuing rumours to the contrary, while the first Russian Grand Prix, in Sochi, must also be slotted in. There could be as many as 21 races, although doubts still remain about the long-term viability of the Korean Grand Prix. What is likely to be the longest Formula One season in history will also include four in-season test sessions, which are likely to take place at European race venues in the week after they host Grands Prix. Promotional test days and straightline testing will be limited in order to offset some of the likely increase in costs. Bahrain is also set for a further boost as the host of at least one pre-season testing, allowing teams to keep equipment and cars in one place ahead of the first race of the year. Hosting the first race may also offer the Bahrain government and Formula One a handy chance to alter the narrative that has surrounded the race there in the last couple of years, in short replacing political controversy with pre-season hype.

Todt in Russia – and at the tennis

FIA president Jean Todt may have spent Sunday taking in the tennis at Roland Garros rather than pressing the flesh in the Montreal paddock, but a week earlier the Frenchman found himself in Saint-Petersburg. Todt was a headline act during the SportAccord Convention, an event organised by the umbrella organisation for sports federations, a body the FIA has just joined. In a rare and wide-ranging on-stage discussion, Todt laid out the process for the upcoming Mercedes tyre-gate tribunal, praised Bernie Ecclestone and was non-commital on the Englishman's future as chief executive of Formula One and, perhaps most intriguingly, refused to confirm he will stand for another term as FIA president. “I still have time to take my decision,” he said, adding that he needed to take counsel from friends and family. The FIA, meanwhile, confirmed over the weekend that director of communications Norman Howell has left the organisation to take up a new role at the Ultimate Fighting Championship (UFC) in the UK. His replacement is Frenchman Pierre Regent, a former aide to president Nicolas Sarkozy.

Free credit, but no score

Williams' Valterri Bottas caught the eye in qualifying with third fastest time in the rain of Saturday. It was the first time the Finn, regarded by the team as a huge talent, had hit the headlines in his first year in Formula One. Williams' also had a new name on the car in Canada with Free Credit Score, a strand of Experian, which agreed a deal with the team at the start of the year, appearing for the first time. Sadly, Williams are still without a point this year with Bottas falling away to 14th in the Grand Prix. The McLaren cars, meanwhile, carried the logos of Claro Video for the third successive race. The deal has never been formally announced but the Latin American company is part of the Carlos Slim empire and the first sign that his backing will drift to the British team now that Mexico's Sergio Perez is firmly installed as one of its drivers.

Hours after the chequered flag fell in Montreal, it was announced that a track marshal working on the Grand Prix was killed following an accident in the minutes after the race. The as-yet unidentified man helping to remove the damaged car of Esteban Gutierrez when he slipped while picking up a radio from the ground. He was hit by the crane carrying the car back to the pits. The man, a member of the Automobile Club de l’Île Notre Dame, was transported, via helicopter, to Montreal's Sacré-Coeur trauma centre, but the FIA confirmed shortly afterwards in a statement that he had succumbed to his injuries. It is the third fatal accident involving a marshal at a Grand Prix since 2000. At that year's Italian Grand Prix, Paolo Ghislimberti was struck by a flying wheel following a first lap accident. Several months later, at the 2001 Australian Grand Prix, Graham Beveridge died when a wheel passed through a gap in the catch-fencing, following an accident which saw Jacques Villeneuve fly through the air.