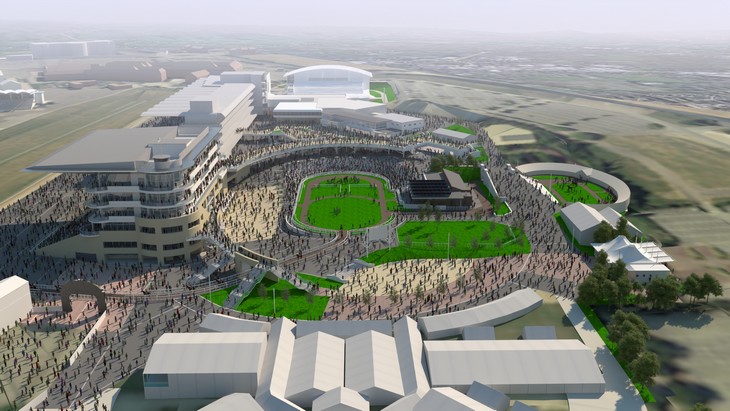 The Jockey Club and Cheltenham Racecourse have revealed plans for a UK£45 million investment in the venue, the host of the Cheltenham festival, one of jump racing's most prestigious meetings and effectively the climax of the season.

A new state-of-the-art grandstand will be constructed to provide better facilities for spectators, owners and trainers. It will replace the A&R block at the venue, which was constructed in the 1920s.

Subject to planning permission, construction will begin immediately after the 2014 Festival next March and be completed in time for the 2016 edition. Race meetings during that period would be unaffected.

“The Jockey Club Board commissioned a feasibility study into the proposed development at Cheltenham,” said Paul Fisher, the group managing director of Jockey Club Racecourses, which has owned and run Cheltenham Racecourse since 1964. The Jockey Club has invested UK£80 million in the venue over the last three decades.

“With that completed and having now been presented with a robust business plan, a range of financing options and a carefully tested design, they had no hesitation in approving the project,” Fisher said.

He added: “The economy remains challenging, but we continue to grow our business successfully year-after-year, allowing us to invest more into our sport. We are contributing a record amount into prize money in 2013 from our own resources and that will remain a key area of focus for us. We propose to finance the development at Cheltenham through a range of commercially-sound methods, on which there will be more news in the coming weeks.”

The Jockey Club will submit detailed plans to planning authorities in April.

“This development will enhance Cheltenham's unique character and is the last part of the grandstand development that began 30 years ago,” said Robert Waley-Cohen, the chairman of Cheltenham Racecourse.

“It focuses on two key objectives: maximising enjoyment of the horse and improving the overall Cheltenham experience for all racegoers.”

He added: “The project is an important and necessary step in the evolution of Cheltenham Racecourse to ensure we can continue to operate at the very highest levels of British sport and fulfil our responsibilities to British racing for many more years to come.”

This year's Cheltenham Festival, which took place earlier this month, attracted over 235,000 over four days, despite freezing temperatures.