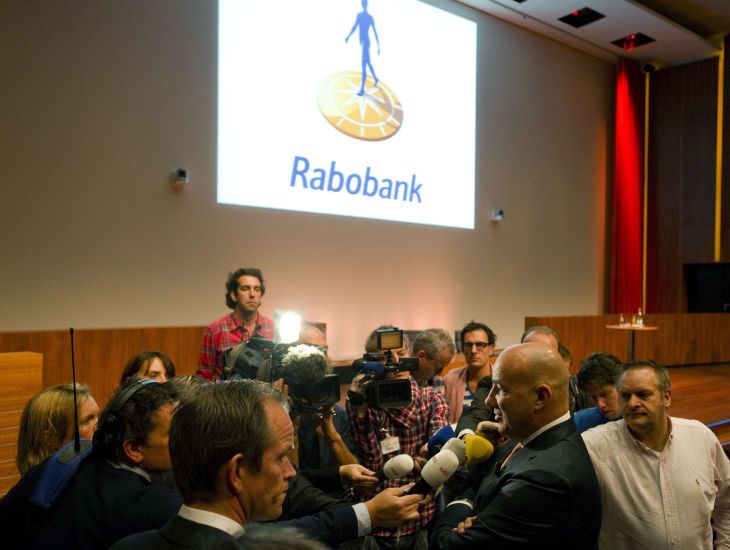 Dutch bank Rabobank has withdrawn its sponsorship of its men's and women's professional road cycling teams in the wake of the USADA revelations into systematic doping in the sport in the 'Lance Armstrong era'.

The bank is one of the longest-serving sponsors in cycling, having supported the team that bore its name for 17 years. It will remain as the main sponsor of the Dutch Cycling Federation, and of its under-23 and cyclo-cross teams.

Rabobank will continue to fund the team next year, but under a sponsor-less 'white label' solution, in order to honour its contracts with staff and riders.

The team will be under pressure to find another sponsor for 2014.

“We were shocked at the many details of the USADA report, which was published last week. For us, this has made the glass more than full. Enough is enough. And we are not confident that cycling will improve in the medium term,” Rabobank financial director Bert Bruggink  said.

“The report shows that the international cycling world is flawed. Doping is everywhere at professional races and moreover it is supported even within the highest institutions of the cycling world. Our conclusion is thus that there is no way out of it. Which is why we have decided to stop supporting the professional teams,” he added.

Rabobank's deal was set to expire at the end of this year in any case, but a four-year extension was put in place as long ago as December 2010.

The bank is a long-standing supporter of Dutch hockey while its online arm, Rabodirect, signed a four-year deal to become the title sponsor of European rugby union's Celtic League in 2011.

While the process in some ways mirrors T-Mobile's decision to end its cycling sponsorship in 2007, withdrawing its name but only slowly winding down its funding, Rabobank's decision puts major pressure on the UCI and leaves other top level cycling teams anxious about their own futures.

UCI president Pat McQuaid said in a statement: “Cycling is grateful for the many years of successful partnership with Rabobank, which have been beneficial for all. Its involvement has changed the lives of numerous athletes who in turn have undoubtedly contributed to make Rabobank one of the most recognised brands in sport worldwide.”

Picture shows Harold Knebel, director of the Rabobank cycling team, talking to the media after a news conference in Utrecht on 19th October 2012.