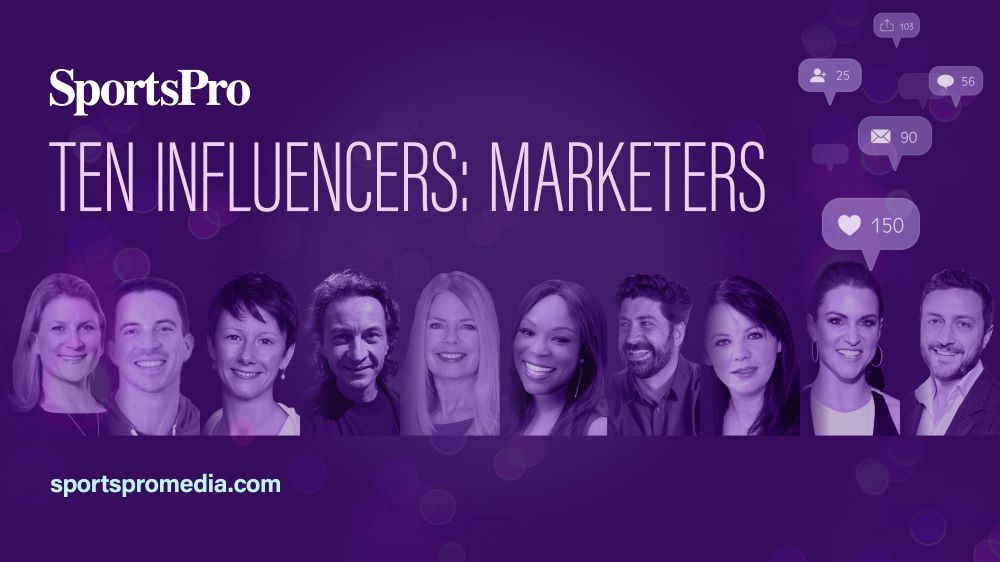 Following on from the launch of its inaugural class of ten influential technologists, SportsPro now turns its attention to some of the marketers leading the way in the sports industry.

So often shaping the face of an organisation, the unprecedented events of Covid-19 have forced marketing teams to rethink how they go about their business. The tried and tested methods brands and sports properties have relied on were effectively jettisoned, meaning new plans had to be formed in order to keep things moving during the pandemic.

Whatever the approach now being adopted by businesses, the need for consumer understanding has, arguably, never been more critical given the way customer priorities have shifted and attitudes changed over the past year. Companies and organisations being clear about what they stand for has become increasingly important, not least due to a range of issues at the forefront of people’s minds, ranging from racial inequality and sustainability to feminism and freedom of speech.

Understandably, those who have viewed Covid-19 as an outright opportunity will be in the minority. Yet those in the sports industry that have been able to take stock, be introspective and reassess goals, both short and long term, have coped better than most. For marketers, this has enabled them to not only help their brands face up to an unparalleled challenge, but also stand them in good stead for future growth in ‘the new normal’. Ultimately, it has highlighted the value of good marketing when tackling unforeseen circumstances.

Here, SportsPro unveils its first ever class of ten influential marketers who have stood out in a competitive space and look set to continue to leave their mark on the sports industry in the years ahead. 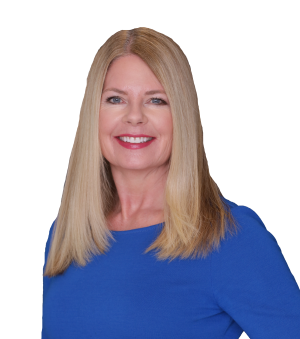 Heidi Browning leads the NHL’s growth marketing strategy with a focus on digital, innovation and social media. With more than 25 years of marketing experience, including success with major brands in Silicon Valley, Browning brings a mix of client, agency and media owner perspective to the North American ice hockey league. Under the leadership of Browning, who is a passionate pioneer in digital, mobile and social marketing, the NHL has experienced a 33 per cent growth in followers on Facebook, Instagram and Twitter. A sought-after speaker at industry conferences, Browning has also been named among Adweek’s most powerful women in sports and featured on Forbes’ CMO Next list. 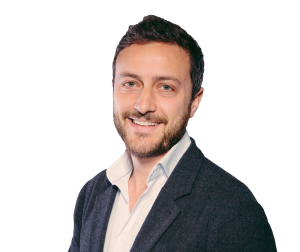 Tim Godfrey joined the Professional Triathletes Organisation (PTO) from SailGP at the start of the year as its first chief marketing officer, where he is leading the global media and marketing strategy for the new organisation, including the Collins Cup. Throughout Godfrey’s career, he has built and executed media and marketing strategies for rapidly growing organisations. During his time as SailGP’s chief media and marketing officer, he led a team that delivered transformative media impact and value in the series’ first season. Godfrey has also served as director of sports partnerships for ITN Productions and was head of media at Formula E. As part of the original launch team for the all-electric motor racing series, he created and executed the media strategy across media rights, broadcast, digital, data, content creation and distribution. 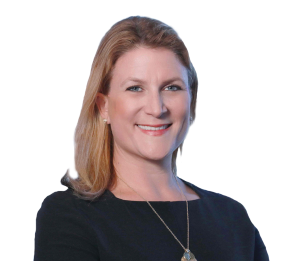 After spending more than six years at financial services firm Visa, Kate Johnson moved to Google at the beginning of 2020 to build and lead a division overseeing global partnerships in content and sports media. During her time at Visa, Johnson made changes to the company’s Olympic athlete sponsorship programme, in addition to overseeing long-term deals with the International Olympic Committee (IOC) and National Football League (NFL). Under her watch at Google, notable activations from the internet giant have covered the National Women’s Soccer League’s (NWSL) Challenge Cup, the first US team competition to return post-lockdown, and England’s Lionesses. The company also recently joined the Women’s National Basketball Association’s (WNBA) top sponsorship tier. A 2004 Olympic silver medallist, Johnson’s other honours include being recognised at Leaders in Sports’ ‘Leaders Under 40 Awards’ in 2017. 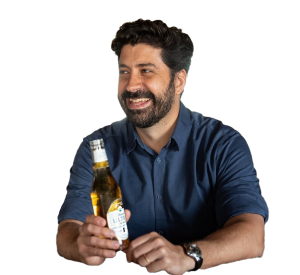 Anheuser-Busch InBev’s chief marketing officer for the US since 2017, Marcel Marcondes leads the marketing strategy for a broad portfolio of brands including Budweiser, Bud Light, Michelob Ultra and Stella Artois. In his role, he oversees renowned sports sponsorships that cover the Super Bowl, as well as league and team-level partnerships with the likes of the National Basketball Association (NBA), Major League Baseball (MLB) and the National Hockey League (NHL). A 15-year veteran at AB InBev, Marcondes has set out to connect the brewery giant’s beers to people and culture to drive growth, with the company now boasting some of the fastest growing brands in the sector. 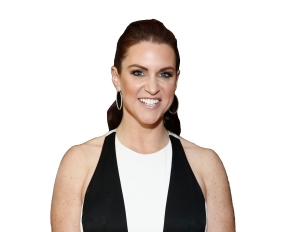 Stephanie McMahon is responsible for ensuring World Wrestling Entertainment’s (WWE) global brand strength and growth across all lines of business, as well as overseeing the company’s brand, community relations and pop culture strategies. Since being named chief brand officer in 2013, McMahon has been the driving force behind WWE’s Women’s Evolution, which has given female performers an equal share of the spotlight both in and out of the ring. She is also a TV personality that appears occasionally on WWE programming. Adweek has regularly included her in its list of the most powerful women in sports over the past five years and chose her as a 2019 Brand Genius honouree. 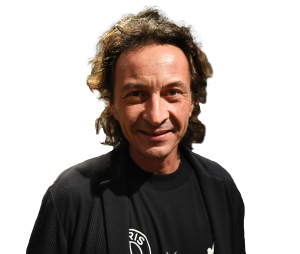 In the decade since Paris Saint-Germain’s (PSG) takeover by Qatari Sports Investments, Fabien Allegre has been on a mission to grow the soccer club’s fanbase outside of its native France. During a career of more than ten years at PSG, Allegre has leant on the Ligue 1 club’s setting in the French capital, positioning it as a fashion brand as well as a soccer team. A deal with Nike’s Jordan Brand has helped expedite growth in the US, where PSG now have 14 fan clubs and are the most followed soccer team on social media in select states. Couple that with the club’s ten-year, multi-million euro worldwide partnership with merchandise specialist Fanatics, as well as the mushrooming esports operation that Allegre has helped to oversee, and it seems that PSG’s brand building efforts are only set to be ramped up in the future.

Discover our new #PSGxJordan home jersey for the 21/22 season! ��✨ pic.twitter.com/bbp7MDywC1

Director of Marketing and Communications, Formula One 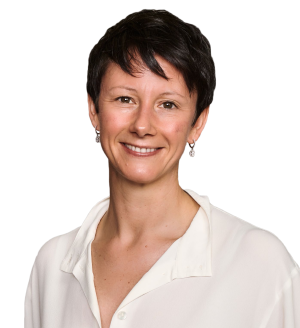 Ellie Norman joined Formula One in 2017 after its change in ownership to Liberty Media, becoming the global motorsport series’ first ever director of marketing. Now director of marketing and communications, Norman’s role also covers research and analytics, CRM, customer service, events, esports, and social media. One of the leading figures in the sport as it continues to grow its fanbase and attract a younger audience, Norman has helped usher in a new brand identity for Formula One after 24 years, as well as a greater focus on fan engagement. Prior to her arrival at Formula One, Norman spent five years at Virgin Media, during which time she became head of advertising and sponsorship. She has also worked at Honda Motor Europe, where she led the communications strategy for 27 markets and was responsible for pan-European advertising, media, digital and printed materials. 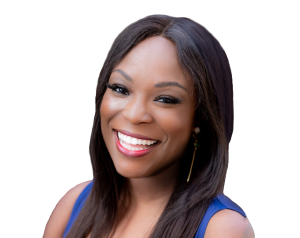 Dara Treseder sets the strategy and goals for Peloton’s marketing efforts to build its brand and drive growth and international expansion. She also oversees brand, strategic marketing, consumer strategy and insights, communications, and creative at the exercise equipment and media company. Treseder was previously the chief marketing officer of Carbon, holding the same role at GE Business Innovations and GE Ventures. Earlier in her career, she led marketing and growth efforts at Apple and Goldman Sachs. A champion of public health, women's issues, and diversity initiatives, Treseder is the vice chair of the board of the Public Health Institute (PHI) and also serves on the board of the Pacific Gas and Electric Company (PG&E). She graduated from Harvard University with highest honours in field and holds an MBA from Stanford University.

.@Beyonce has helped shine a light on the inclusivity, magic and pride felt by students who attend Historically Black Colleges and Universities. In this episode of HBCU at Heart, we look toward a bright future ahead. Watch the full series now: https://t.co/D4uCe33DHC pic.twitter.com/TCqnvFbU2B 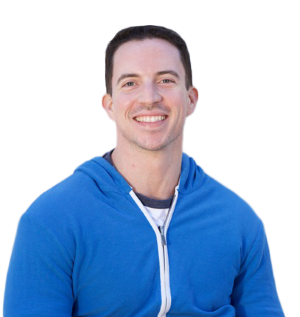 A certified public accountant by trade, Diego Suarez worked at Ernst & Young and PricewaterhouseCoopers prior to joining Burger King’s finance department in 2010. After five years, he switched to advertising and marketing at the fast food company, which has seen him work on a string of engaging campaigns both in and out of sport. These include ‘Google Home of the Whopper’, ‘Bullying Jr’, ‘Whopper Neutrality’, ‘Turning Their Tweets Against Them’ and ‘Promposal’, but the most eye-catching in sport was Burger King’s viral sponsorship activation with lower-tier English soccer club Stevenage on the FIFA video game. As a result, Burger King has picked up numerous accolades, including Client of the Year at the D&AD Awards in 2016, Creative Marketer of the Year in Cannes 2017, Client of the Year at the One Show 2018 and Advertiser of the Year at the Clio Awards 2018.

• Sponsors Stevenage FC
• To get their logo in FIFA 20
• Challenges gamers to play as Stevenage, score goals, and share on Twitter
• Stevenage most used team in “career mode”
• Shirts sell out IRL pic.twitter.com/1px3OHld5U 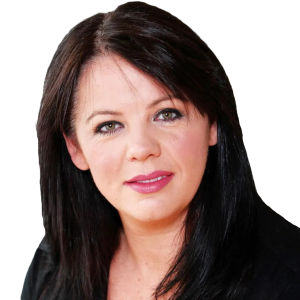 Michelle Spillane oversees all marketing and brand efforts for Paddy Power Betfair in the UK and its native Ireland. The self-described purveyor of betting and sports news ‘with a side of mischief’, the betting firm’s marketing approach has amused and, at times, antagonised, establishing it as a go-to destination for everything from appealing odds to irreverent takes on sport’s biggest stories. Spillane joined the company in 2018 from Irish public-service broadcaster RTE, where she had served as director of global marketing for four years. Earlier in her career, Spillane worked as chief marketing officer for the Irish division of Microsoft, as well as head of marketing for the Bank of Ireland. She also spent two-and-a-half years as marketing director for the ITV Worldwide arm of UK commercial broadcaster ITV.

So yeah, our Huddersfield shirt WAS a fake. We're not just sponsoring them this season, we're UNsponsoring them too, through our Save Our Shirt campaign. #SaveOurShirt pic.twitter.com/5Q5XjQ9U2U