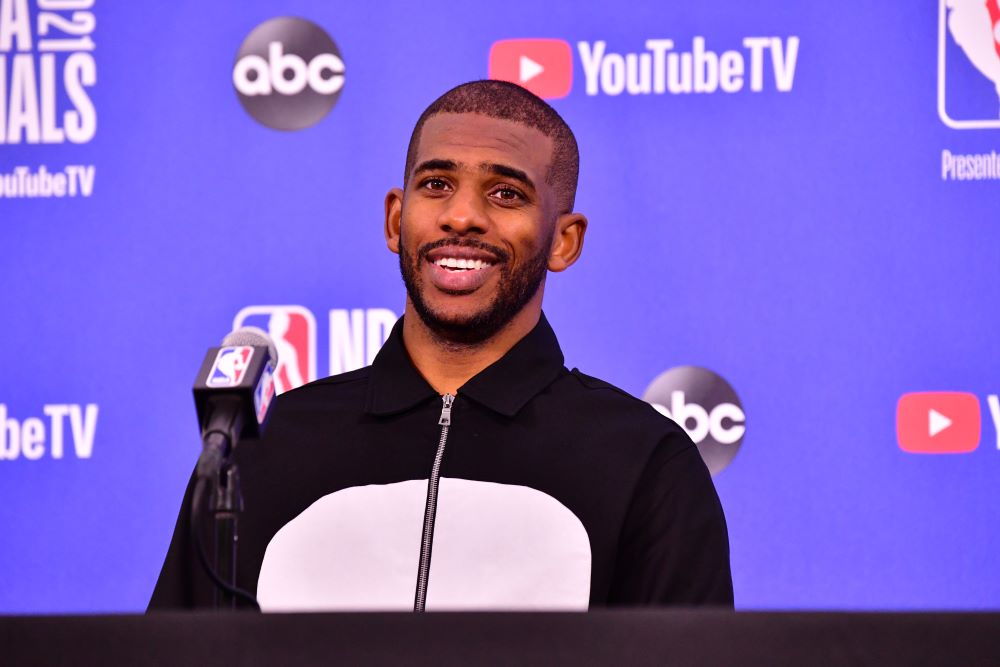 Paul’s investment is part of a strategic growth round raised to fuel Greenfly’s growth and market expansion. As a Greenfly 'power-user' and believer of the concept, Paul will also serve as a strategic partner to support Greenfly’s commercial expansion as it further enables rich collaboration between organisations, their athletes, ambassadors and sponsors through sourcing, creation and automated distribution of short-form photos and videos created for social media.

“Greenfly is one the most recognizable names among athletes,” said Paul. “But its application and impact extends far beyond the court or field. Greenfly simplifies digital media creation and distribution through a single platform and app, which makes it incredibly easy for organisations to work with any ambassador – whether they’re an NBA player, superfan, influencer or volunteer – to share their authentic passion and affiliation to the brands and causes they love.”

Paul has experienced Greenfly’s impact firsthand as an early adopter, ambassador for the Chris Paul Family Foundation and Social Change Fund, and as former president of the National Basketball Players Association (NBPA). “It’s incredible to come full circle from ambassador to partner and join Greenfly in maximising brand-building capabilities and audience engagement through the power of digital media.”

Greenfly was founded by former Major League Baseball (MLB) All-Star Shawn Green and Daniel Kirschner, who has held senior roles at the US Department of Justice, the Federal Communications Commission and Activision Blizzard. The two drew inspiration from the business of baseball and the rise of social media to create a platform that drives new sources of revenue for organisations through the real-time distribution of original short-form media to individuals and groups of any size.

Green and Kirschner envisioned a world where word-of-mouth endorsement on social media platforms is the best form of advertising, and distributing media to broadcast rights holders, sponsors, and partners, ambassadors and athletes effectively creates a legion of promotional partners.

“Greenfly’s platform is a private media collaboration network for just about any organisation. It’s flexible enough for teams looking to amplify storytelling and share brand experiences through their athletes, ambassadors, influencers or advocates,” said Green.

“Our earliest iteration solved for the fragmented system I experienced between sports photographers and players who rely on real-time, organic content to build their personal brands. For athletes like Chris Paul, Greenfly has become their media lifeline, giving him a continuous feed of photos and videos of him on the court he can share on his social media channels without IP infringement. Posting better content more often, he has been able to grow his personal brand, as well as strengthen that of the brands and organisations that he works with.”

For organisations such as Paul’s CP3 Basketball Academy and Nike’s Elite Youth Basketball League (EYBL), the platform provides an easy way to capture and share photos and videos that engage new fans on social media, and help build communities that continue to generate more awareness and support. Greenfly recently worked with EYBL to activate over 1,500 young athletes, and in only two weeks distributed over 9,000 curated media assets to them to be shared on their social profiles, and over 5,000 assets were selected by athletes to be shared on their personal social accounts.

“More than ever, people trust recommendations from their friends, along with their favorite athletes, and celebrities and are increasingly wary of glossy content manufactured by brands. What Greenfly does is allow brands and organisations to manage this dynamic and give those ‘people they trust’ something genuinely compelling to say about their brand,” said Kirschner.

“With support of our strategic partners like Chris Paul, one of the most active users among the tens of thousands using Greenfly, we’re looking forward to working with more sports leagues, teams, commercial brands and even social causes to activate and power their valuable networks of ambassadors.”

Paul joins new investors as part of a US$8.4m strategic growth round for Greenfly, which includes new strategic investors as well as participation from previous investors Go4it Capital, Elysian Park Ventures, Alpha Edison and Iconica Partners. Greenfly has scaled to support over 30 sports leagues in addition to over 500 organisations in sports, media and entertainment, political campaigns, social causes, and consumer brands, experiencing over 100 per cent growth in 2021. A snapshot of customers include: the NBA, MLB, World Surf League, ESPN, BET, Canal+, Biden for President, Real Madrid, Uefa and ONE Championship.